In an interview with Tuko, the nanny revealed that Betty chased her away without paying after accusing her of stealing.

“I was to travel but she didn’t send me my December salary as she normally does. I went to visit my family and came back in January. I found that she had employed another house help who started peddling lies about me to get me off the job and bring her friend to work with her,” she revealed.

In addition, she claims that Betty was a neglectful mother and the nanny had to bear the yoke of caring for her ailing child while Betty spent nights away.

“She does not come home often. When she leaves on Fridays, she comes back on Wednesdays,” claimed the nanny.

“I sometimes never used to see the mother. But I was looking after that child with my all, more than even my children. I used to stay up at night to change her and regularly check on her,” she told Tuko.

The nanny was not done spilling the tea and she disclosed that in addition to neglecting her 4-year-old daughter, Betty didn’t buy shopping for the house and sometimes Consolata had to cater for the household needs.

These accusations has had fans camping at Betty’s comment section accusing her of being a negligent mum while others demanded that she pays her nanny.

Betty seemingly tired of these remarks told off these fans in a few exchanges on Instagram. 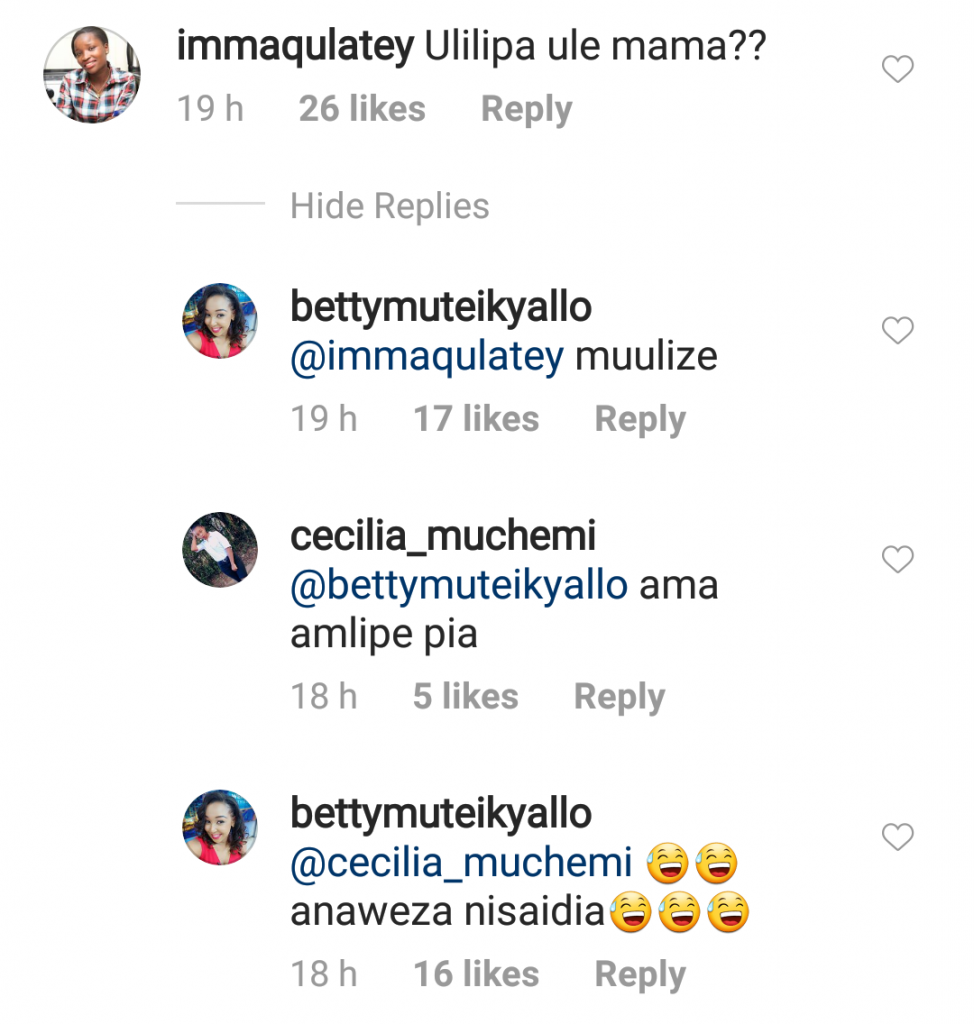