Twitter user Bosibori found herself on the receiving end of her own medicine after trolling Stivo Simple Boy over his looks.

Days after being on the receiving end of cyberbullying, Bosibori has had a change of heart when it comes to cyberbullying.

She took to Twitter to apologize to Stivo. “Hi, I apologize for this, It may have gone too far and I deeply regret. I’m sorry,” read an apology tweet that was accompanied by the offending tweet. 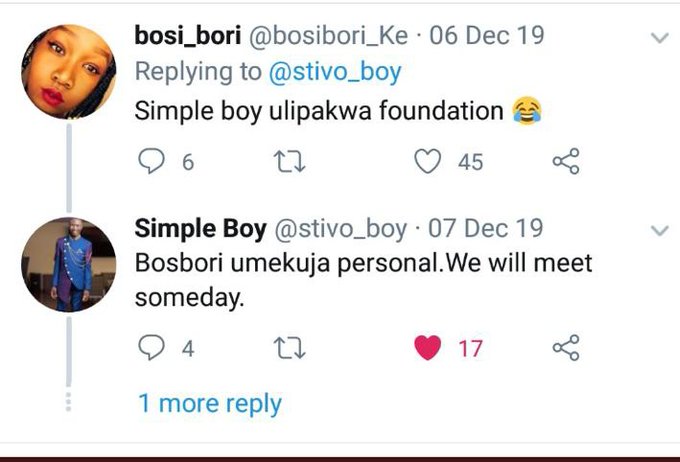 Bosibori also apologized to anyone who she has hurt with her cruel words after admitting that she had a rough couple of days because of the cruel KOT taunts and her self- esteem took a beating.

“The past 3days have been hell, as much as you see this strong lady here, I had to break down and just cry myself out. I have had the longest weekend ever, For a moment I felt the world was tearing down on me…I am human, I have my insecurities and every girl has. Yes, this is me when I was vulnerable and really needed help. And I am thankful that this changed my life. And I am very thankful to @EstherPassaris,” she wrote. 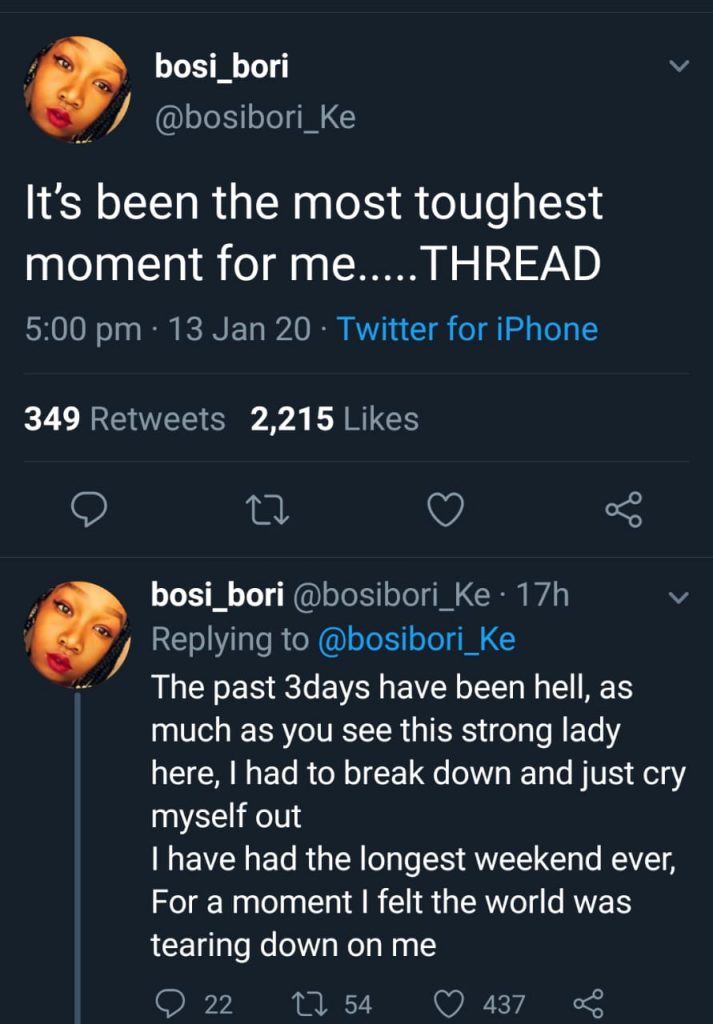 Bosibori then went on to reveal that life has been very hard and the photo she took with Passaris was during the tough times.

“At some point, I couldn’t afford to pay rent myself and this is no lie I sought help to get accommodated and work on the least which turned out to be unsuccessful. I pulled myself by the bootstrap and hustled to where I am. And yes, I have both my parents alive, but they were/are not financially stable. And I also lost my grandma which really drained me and didn’t sit for my exams,” she explained.

Bosibori then went on to talk about her insecurities that could have pushed her into being a bully.

“I may be black, My skin may not be as beautiful and I have my own insecurities. It’s not fun using makeup and filters. I have always felt bad for being black, getting teased from childhood always made me feel insecure. Honestly, this experience has made me learn a lot and I’m writing this sincerely apologize if I have ever hurt anyone on this app. This was my worst moments and honestly trolls do affect real life,” she wrote.

Her apology has been met with mixed reactions. Some Kenyans applauded her for being so vulnerable and honest while others felt that it ‘served her right’ and hopefully she will learn her lesson.