South African hip hop artist and record producer Refiloe Maele Phoolo, a.k.a Cassper Nyovest has announced that he is already set for the 8th Annual Fresh Prince of Maftown ‘Mufasa’ Birthday Celebration. In a Tweet sent earlier today, the controversial Doc Shebeleza hitmaker posted the line-up for the big event and welcomed his big fan base to his birthday. He also made it clear that the show, which will take place on the night of 22nd December 2018, is not a concert but rather a big birthday celebration

Line up alert!!! This is not a concert!!!! This is a Bash!!! We are going to party!!!! Don’t come with your favorite shoes cause we’re going to fuck them up!!! Thank you!!! Maftown next week!! Week on!!! #FreshPrinceOfMaftown pic.twitter.com/p5E7SVZdwa

Fresh Prince of Maftown, which goes by the hashtag  #FreshPrinceOfMaftown,  is not new to Cassper Nyovest’s fans. The annual event takes place every December where the Gets Getsa hip hop star takes his birthday celebration to his hometown, Mafikeng. This year, in the 8th edition of Fresh Prince of Maftown, the South African rapper will turn 27 on his big birthday and he is ready to celebrate with his fans from all over the world.

You May like:  Sauti Sol Set to Perform at the Buckets Masaki Concert on 15th December

As usual, the 8th Annual edition of Fresh Prince of Maftown by Cassper Nyovest will be held at Mmabatho Stadium from 22nd December 6 Pm to 23rd December 6 Am. Tickets for the big event are available for sale at Computicket (@computicket).  You can also pay R200 at the gate during the event. 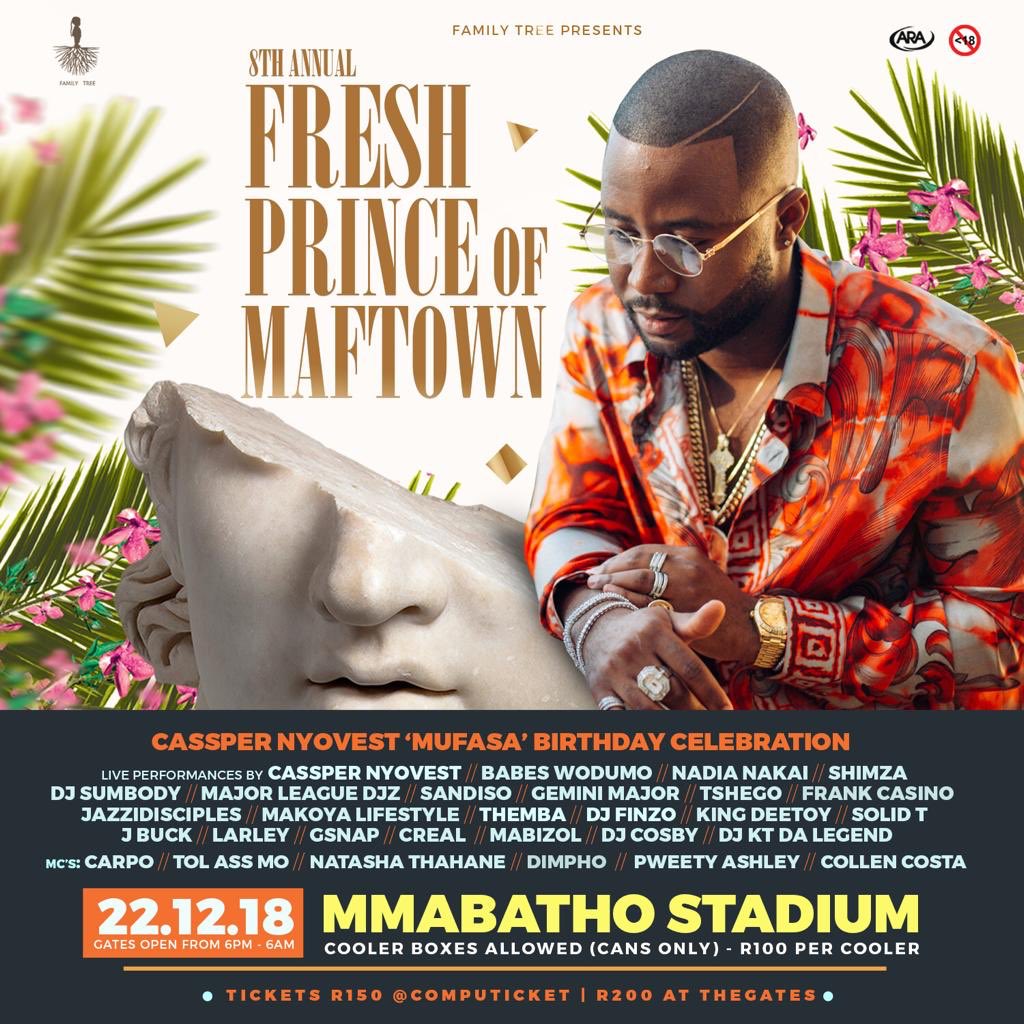