Chunga Sana! Why Kenyans Are Now Warning Singer Denno to Stay Away From Bahati

Kenyans are now warning gospel singer Dennis Kariuki alias Denno to stay away from EMB boss Bahati after he mistreated and got Peter Mwanyalo Blessing arrested.

This is after Ex EMB artist MR Seed condemned Bahati for taking Peter Blessing to court despite knowing his humble background.

“THIS IS SO WRONG MANZE …,” he wrote after sharing a photo of Peter Blessing handcuffed.

Mr. Seed’s post attracted number of comments with many warning singer Denno to stay away from EMB and Bahati. 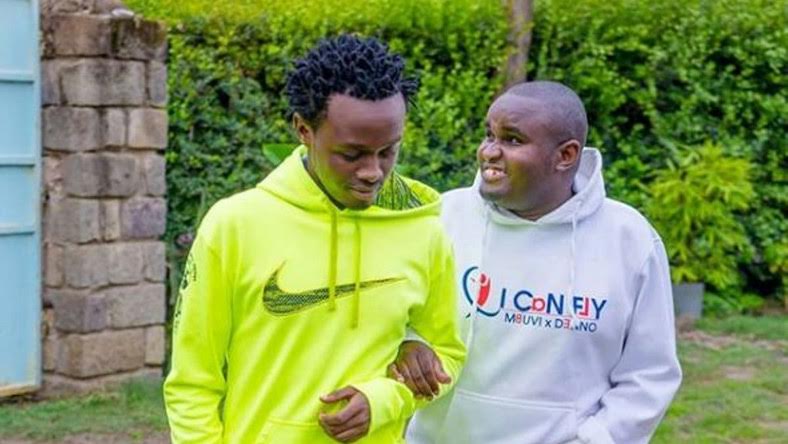 Here are some of the comments.

It is alleged that the whole back and forth started after Bahati got news of Blessing’s intended exit his record label.

Bahati then got Blessing and EMB producer Paulo arrested and after filling a case at Central Police Station following.

Paulo spoke after his release saying that Bahati had accused him of stealing from the studio and yet he gave him the said items while Blessing was accused of obtaining Ksh 2 Million from EMB through false pretense.

Blessing further said that, he spent the night at the police station over fake allegations.

“Can’t imagine nilikuwa cell but God I know this are signs of my success, Mungu halali mengi mazuri yananisubiri… Its only God who replies to the deeds the poor are going through. Fake allegations got consequences. God’s favour,” he wrote on Instagram.

However, Blessing was freed on Sh200,000 cash bail after a well-wisher paid his release.

Chief magistrate Martha Mutuku also lifted the warrant of arrest against him for failing to attend court on January 23.