Dennis Itumbi Speaks After Jowie Is Released On Bail

Secretary of Innovation, Digital and Diaspora Communication in the Office of the President, Dennis Itumbi has finally spoken after Jowie was granted bail. This comes after the main suspect in Monica Kimani’s murder case was released on Sh2 million cash bail or Sh3 million bond.

Taking to Twitter, Itumbi who is a close friend to Jowie’s ex-lover Jacque Maribe welcomed Jowie to freedom. According to Itumbi, the bail was long overdue implying that it should have happened way back.

Itumbi also revealed that he is intentional about praying for justice to prevail for all those who were involved or affected by this case.

“Welcome to the free world Jowie. Being granted bail was long overdue. We will continue praying that justice is done for all, the late Monica, Jacque and yourself.” reads tweet

Welcome to the free world Jowie. Being granted bail was long overdue. We will continue praying that justice is done for all, the late Monica, Jacque and yourself.

Ever since this case, Itumbi is among Maribes’s friends who stood by her and even made several appearances at the court during the case hearing.

Although some Kenyans assumed that Jowie and Itumbi might not be in good terms considering that Itumbi is rumored to have dated Maribe; Itumbi on several occasions expressed his goodwill intentions to Jowie. 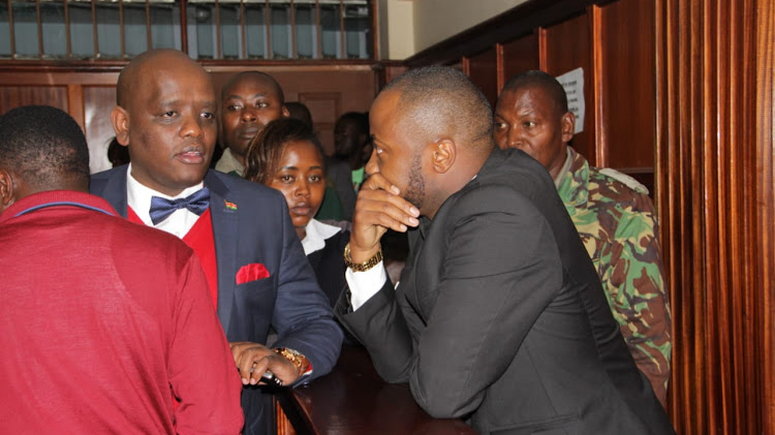 His reaction adds up to those of many Kenyans who have been crying out for Jowie’s bail to be granted just like how other politicians who were caught up in similar cases were allowed freedom.

Jowie’s release comes as a great relief to the suspect considering that he has been behind bars since September 25, 2018.

Following his release, Jowie was instructed by Justice Wakiaga not to comment on the case in the media including social media or anywhere else. In addition, the former private security contractor was ordered to check in with his area chief at the end of every month.