Another fan decided to shake the table by asking why Jacque Maribe’s son had the same kind of ears as Itumbi. 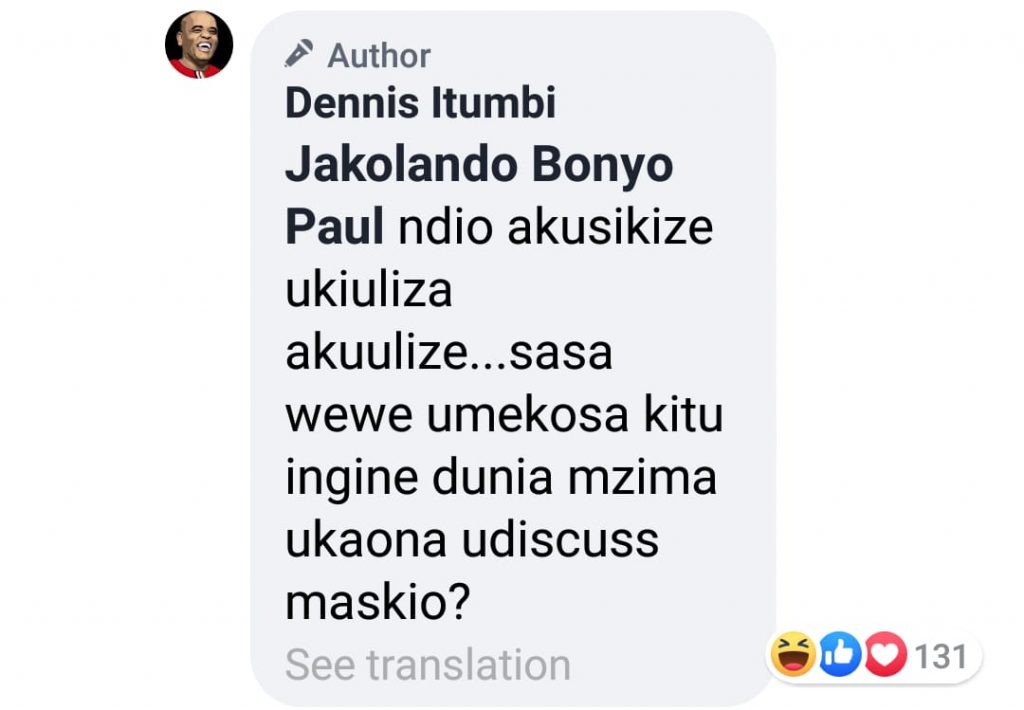 Since Jacque was incarcerated, Itumbi has been her defender leading to claims that he wants more than a friendship with her. However, despite them even sharing a kiss, the two maintain that they are just friends.

Jacque Maribe even explained their kiss that started all the relationship rumours during an interview with Kiss 100.

Jacque Maribe’s explanation for the kiss that started the relationship rumours about 4 years ago was that the kiss was just a friendly kiss that got out of hand.

“It was a joke that went too far. One of our friends decided to take a picture of us and in a span of five minutes it was in a WhatsApp group and it took a life of its own. I hear he was at my folk’s home and paid my dowry, mi hata sijui,” Jacque explained on the Kiss 100 drive show.