‘Even If They Bring Corona In Kenya, We Will Not Get Sick,’ Kilifi Pastor Declares

A popular Kilifi pastor Kiarie Freeman has shared a message in regard to Coronavirus scare declaring that believers will not get sick even if the illness hits the country.

Speaking in a video he shared on Youtube, Apostle Kiarie stated that God will protect his people and urged believers to have faith in Him.

Kiarie  then criticized  President Kenyatta’s leadership for allowing the clearing of over two hundred passengers who jetted in the country from China.He expressed his disappointment over the government’s decision stating that it is time for Kenyans to speak up about how the government actions.

The pastor emphasized that this country needs a change and went further to urge Kenyans to unite so that together, they can send the current government home.

According to the man of God, he believes that coronavirus is a disease that was calculated by the Chinese and he alleged that their intention is to use it as a business by supplying treatment equipment.

The apostle insisted that the Chinese are handling this outbreak the same way the deal with the Kenyan road tenders in which they allegedly supply the building materials from their country.

Kiarie also blamed the government implying that it has failed in protecting Kenyans and doing what is right for the citizens. 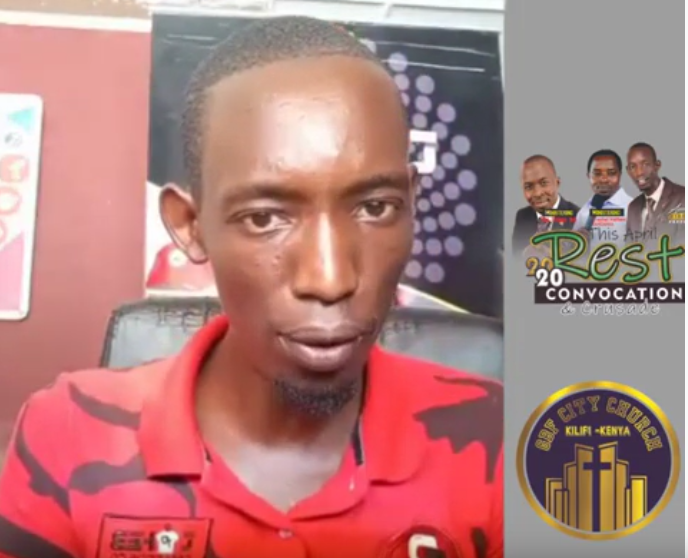 Beyond the coronavirus concern, the pastor also gave his remarks concerning the locust invasion in Kenya. The apostle rubbished the claims that God sent the locusts to punish Kenyans but stated that it was a lesson and reminder that Kenyans should be united.

To conclude his remarks, the pastor also mentioned the BBI and Huduma number as mega scams and asked Kenyans to speak in one voice to bring change in the country.

Check out his full video