After years of holding back from expressing himself, former Machachari Actor Ian Munene has been living his best life abroad.

He has been expressing himself with flowers in his hair, his dressing choice and even effeminate behaviour, conduct that has him labelled as gay online.

He recently added fuel to the fire after introducing a very peng man who he revealed is his friend. “Eternal Friends to Eat Together, Pray Together, Slay Together 🙈☺️❤️ #Rafikiiiiii,” wrote Ian.

Despite making it clear they were just friends, some fans felt that there was more than met the eye when it came to the picture.

“Are you together? 👬” one asked and Ian replied with, “No prabhu, this is my brother ☺️❤️.”

Another one wasn’t too tactful with his question and blatantly asked, “Sasa huyu ndo anakunyandua ama 😂?” 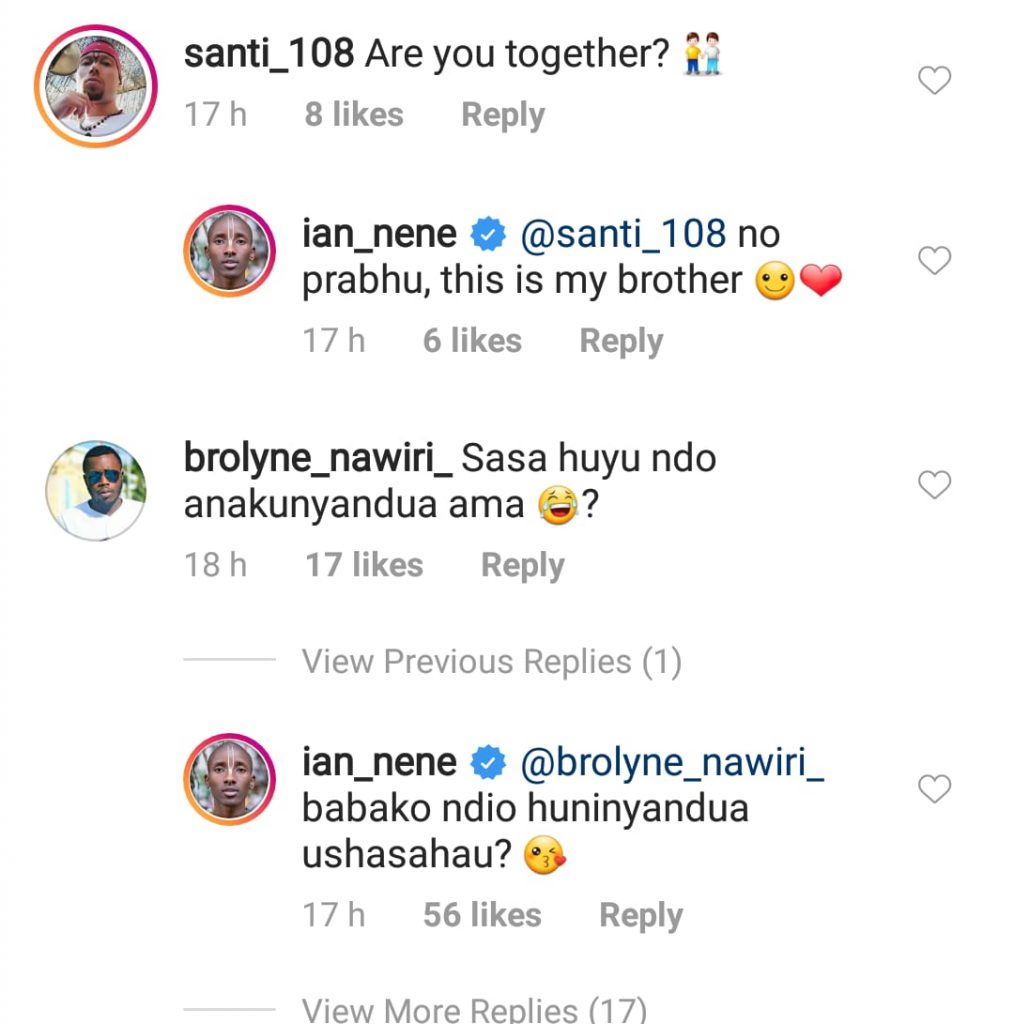 In a blog post a few years ago, Ian revealed that his effeminate behaviour has made him a target for bullies since childhood.

“Looking back at my childhood, as mentioned in my previous post, I always held myself back from expressing what I truly felt, not only with opinions on different things but also with how I presented myself. I was so caught up with what people thought of me and that took over my daily life. Being bullied since primary school only made it worse. (I’ll save that story for a different post) I’ve always acknowledged that I’ve been different, in my train of thought and in my way of expression. Being a guy with feminine attributes comes with its fair share of negative comments, people always trying to put you down by calling you names and spreading rumours and sh*t. This stuff affected me so much when I was younger,” he confessed.