This was discovered after he called his friend, Kriss Darling to borrow money so that he can help the passenger he hit along Yaya Centre.

The pedestrian was rushed to Kenyatta Hospital for further treatment and check-up.

According to a witness, when they arrived at Kenyatta hospital the singer had already run away and suspected that the Kenyan singer had bribed the police who were handling their accident.

“A friend to came to pick him and they headed to Kenyatta Hospital. Once we arrived, we were outside waiting for the go-ahead. We saw Otile Brown but suddenly he got away. Tunashuku alihonga wale polisi walikuwa,” the witness stated.

Dj Kriss Darling received a call from the ‘Mapenzi hisia hitmaker’ and told him that he has no money for clearing the victim’s hospital bills.

Mr Brown had requested for Ksh. 30,000 but Kriss Darling denied. The man who was hurt was apparently a Dj from Kriss Darling’s Dohty Family, Dj Ramosh.

The musician put more efforts and tried calling a lady friend but they bore no fruits.

The lady friend declined and revealed that she has been lending Otile Brown money all the time. 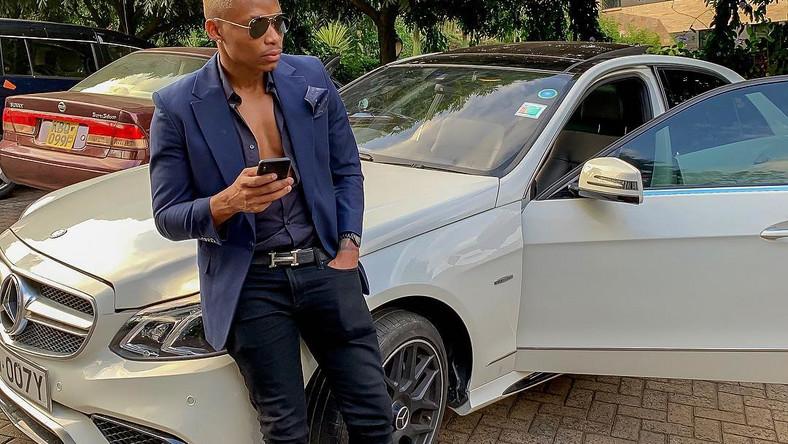