Twitter is on fire after Former Chief Justice, Willy Mutunga clashed with Kenya Film Classification Board CEO, Ezekiel Mutua, over the ban of two-hit songs dubbed ‘Tetema’ and ‘Wamlambez’.

On his Twitter page, Mutunga expressed his dissatisfaction citing that Mutua should allow the youths to express their creativity.

In a tweet shared on his Twitter account on Tuesday,  Mutua described the two songs as “pure pornography,” saying that the lyrics are “dirty and not suitable for public consumption.” 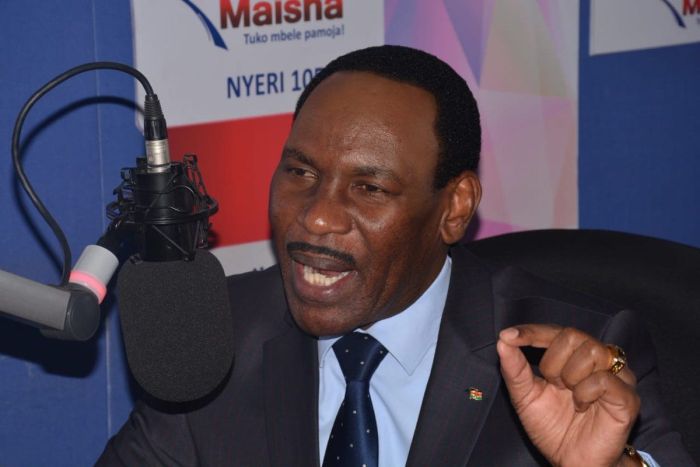 However, Dr. Mutua also pointed out that KFCB will not file charges against the singers.

“We don’t want to prefer charges against the singers but we want to restrict adult content from being accessed by children.”

He also promised dire consequences for broadcasters who will play the songs during the watershed period.

“If broadcasters play the songs during the watershed period we are going to take it up with the Communications Authority and the penalties will be very serious.”

Dr. Mutua urged members of the public to cooperate with KFCB in implementing the directive, saying that the body is finalizing an official statement on the matter.

“We will also focus on producers because we have realized they are promoting these dirty songs. We must reach a point where we have to take a stand against moral decadence. We are not being fair to our children when we allow songs like ‘Wamlambez’ to dominate our airwaves and be played in schools,” he tweeted.

Wamlambez, the local hit song by Miracle Boy, Shalkido, Masilver, Lexxy Yung and Qoqosjuma who form the group Sailers has been a national sensation since its release in April, racking up over 3.8 million views on YouTube.

Tetema, the mega-hit by Tanzanian bongo stars Rayvanny and Diamond Platinumz has been a smash hit with over 27 million YouTube views and massive radio airplay.

Eric Omondi responds after Shakilla accused him of ‘using’ her