Everyone’s favourite Influencer and Youtuber Yummy Mummy has landed a lucrative new deal as a talk-show host on the widely famous show ‘Let’s Talk’ that airs on Ebru TV.

The mother of two, with another one on the way, expressed her excitement and anxiety at the new job in an Instagram post.

It’s hard to imagine that the plus-sized beauty who has amassed so many fans because of her bubbly and outgoing character could go through anxiety.

“I have to admit that the opportunity made me a little nervous at first. See no matter how confident you are as a person, sometimes you still get self-conscious and filled with doubt about how good you are, how you look and whether you ‘fit in’. I kept asking myself ‘is it weird that I’m the only plus size girl there? Am I as pretty as they are? Will I know what to do?’” she said.

She, however, revealed her secret to getting over those jitters.

“I don’t allow myself to dwell in those feelings! I look myself in the mirror and say ‘You are gorgeous and you are capable mama!’”

Since its inception, Let’s talk has consisted of four women panellists who table social issues and scandals giving their two cents on them.

Yummy Mummy, also known as Joan Munyi, is a great addition to the show and because of her vast youtube fanbase, is bound to bring in great numbers.

She will host the show alongside Dana De Grazia, Lydia and Naomi Wamboe who were excited to have her join them. On welcoming her to the show they referred to her as the 4th power baby!

This has truly been Yummy Mummy’s year of favour and success as she has landed top brand jobs like being the face of Nivea lotion and getting put up on a billboard. The sky is clearly not the limit for this beautiful brave yummy mummy.

Before her, other famous faces who hosted the show include radio siren and musician Monique Bett and famous Thespian Brenda Wairimu. 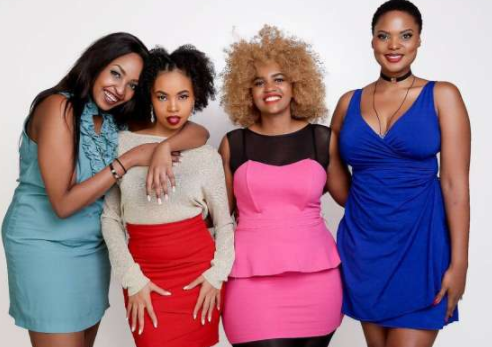