A video of President Kenyatta dancing with his daughter Ngina Kenyatta has excited Kenyans. The duo had both attended the UB40 Concert that went down on Saturday night at the carnivore grounds.

In the video, Kenyatta is captured holding his daughter as they swiftly swing along to a song by the band dubbed ‘Falling in Love With You’.

The concert saw the performance of the UK reggae sensation Ali Campbell and Astro as they marked their 40th anniversary with a tour dubbed – A real Labour of a Love. 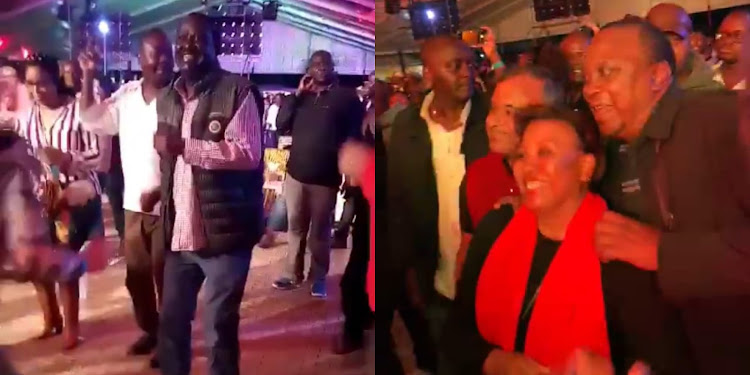 Reading the mood from the dance they shared, it is pretty clear that there is such an admirable connection between the President and his daughter. After sharing the sweet moment of holding each other’s backs, Kenyatta and Ngina then showed off their mastery in a similar dance style.

Although the President has in the past expressed his love for reggae music, I guess I will be right to say that the passion for this particular genre runs in the family. Ngina seemed very hyped and in the moment. Apart from Kenyatta and Ngina, other personalities who were spotted at the concert include Raila Odinga, Sports and Culture CS Amina Mohammed, Tallia Oyando, Jeff Koinange- who was the hype master during the show.

Even though Kenyans expressed their excitement over Uhuru’s and Raila’s attendance, some have urged him to offer the same support to local artists.