Femi One’s Wardrobe Malfunction That We All Didn’t Notice

Kenyan Female Rapper Femi One found herself in an awkward situation after she realized that she had a wardrobe malfunction during the shoot of the sondeka remix.

Femi One and Fena Gitu are the only female rappers that were featured in the star-studded remix of Naiboi’s hit song.

The Rapper revealed that she got nervous and overexcited during the entire shoot that she did not realize that her jacket was inside out.

“Fun Fact: I get nervous, over excited and shit while shooting I never noticed my jacket was inside out the entire shoot I’m sure no one did 😀😀. Lakini si mnajua looku ni pamba” reads her post 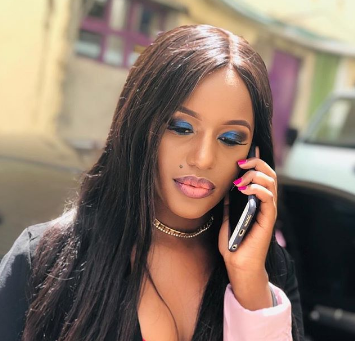 Funny enough, most of her fans did not notice this malfunction and many only picked up the fact that she nailed it in her verse.

The jacket seemed like a big deal until another fan noticed that Femi One had also worn a ripped stocking.

The Singer played it down by saying that she was very aware of the torn stocking and she ripped it intentionally.

Other Kenyan celebrities who have had wardrobe malfunctions include Akothee whose outfit went wrong after netizens claimed that she was showing off too much skin.

you probably did not see the torn stockings too….

Is it torn in between the right thigh? Asking for a friend.. That’s the only thing was trying to get it clear with no answer….. 🙈🙈🙈🙈