Gospel Musician Dennis Karanja popularly known as Denno has managed to keep his family life private despite being a celebrity.

However, his wife Faith Naliaka has for the first time revealed how some of her relatives were against her marrying the blind musician.

Speaking during an interview, Mbona hitmaker’s wife disclosed that she faced some challenges after agreeing to Denno’s proposal.

Faith went on to reveal that despite getting approval from the late mum, some of her aunts were against her marrying Denno. 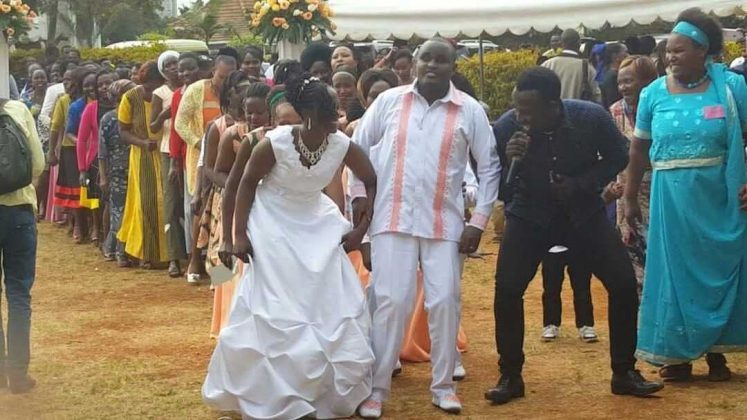 The mother of one went on to say that she was able to get married to Denno despite all the challenges she was facing because of her spiritual background.

Faith revealed that she met Denno through his cousin who was his good friend.

“At first, it was the casual hanging out. We would meet whenever he came to visit his cousin. Eventually, I fell in love with his personality. Although I might have been scared to be in a relationship at first, we worked through it and I got to know him better,”

The two love birds tied a knot  2016 in a colorful wedding.Their wedding took many by surprise.