For those who think Kenyan rapper Khaligraph has no soft side, you got it all wrong.

This past weekend he took to his Instagram to share a video of him feeding his cute daughter, Amali Jone Ouko. He is currently on a vacation with his girlfriend, Georgina Muteti and daughter at the Coastal region.

In the photo, it’s quite evident that he is the happiest man alive and enjoys father duties. 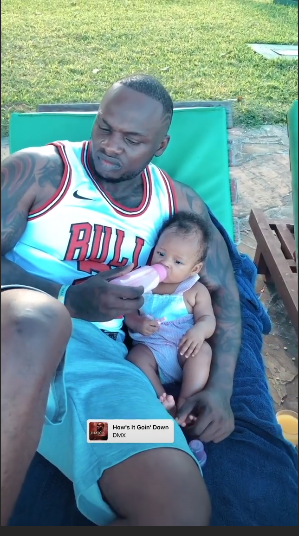 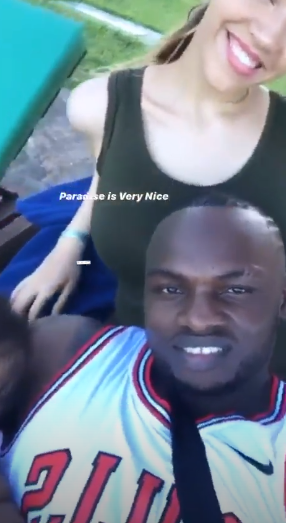 The couple welcomed their firstborn on 7th June 2019. She recently turned 5 months and the Award-winning rapper could not hide his joy. 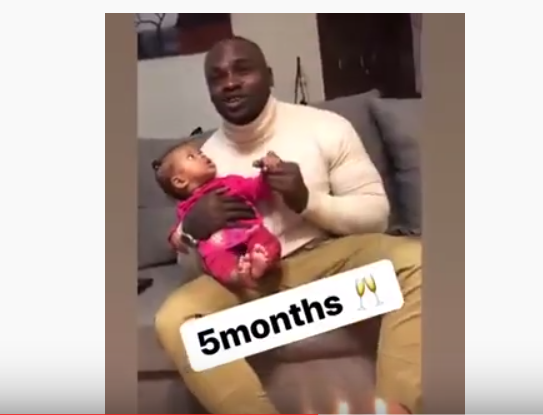 The 29-year-old rapper publicized his relationship with Georgina after he called it quits with ex-lover, Miss Cashy. They had released a song, Micasa Sucasa which was the talk of the town in 2016. They were together for 5 years before splitting up.

Miss Cashy had explained that she split with Khaligraph because he had other women in his life, he discouraged her from finishing school and working on a day job. The mother of one also added that she received threats from him which forced her to report to the authorities.

Early this year, Papa Jones responded to Miss Cashy’s allegations and dismissed them. He told his fans that he wants to focus on being a father, speaking about his past relationship is not his portion.

Khaligraph got interested in music after his elder brother encouraged him to pursue it. He released his first song when he was only 13-years-old. He came to the limelight after releasing, Yego and since then he has never looked back.