Huddah Moved to Tears With ‘sick’ Man’s Alleged Wrongful Conviction, Promises to Bail Him Out

Taking to her instastories, the business lady revealed that after she watched the video, she has not stopped crying. Adding that, in Kenya, the poor and innocent are being oppressed daily.

“I’ve seen the video a week later. And I can’t stop crying. innocent and the poor are being oppressed daily and harassed while the real killers and thieves walk around scot-free.” she wrote.

The man identified as Daniel Njonjo Mwangi hit the headlines a week ago after he headbutted a police officer while being escorted out of the courtroom.

Mwangi was arraigned at the Milimani Law Courts where he was charged with intent to commit robbery with violence.

According to the charge sheet, Mwangi was on January 7 found in possession of a knife and rungu on Kimathi street in Nairobi.

The accused, who the court also heard was mentally ill, however, he said he was unable to raise the cash bail. 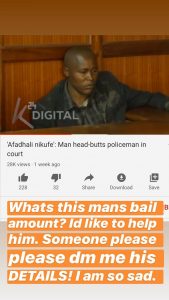 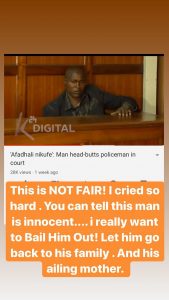 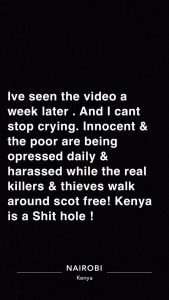 Watch the video that has moved Huddah