Kenyan celebrities are known for snubbing their fans on social media.

Speaking during an interview, Jackie revealed that her baby daddy slides her DM after liking almost all of her Instagram photos.

The mother of one went on to say that after exchanging contacts, they planned date, however, he did show up and his phone was off. 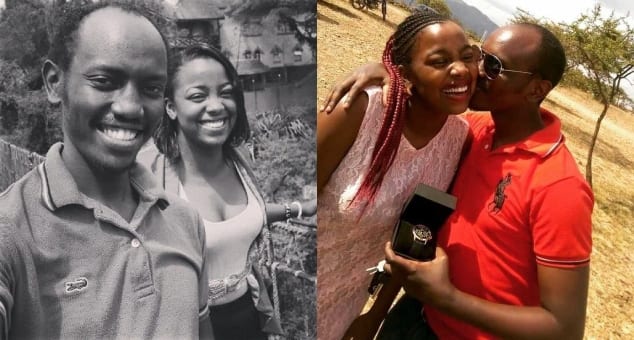 After dating for three years, the two broke up.Jackie disclosed that the break up really affected her daughter.

“The break up really affected our child, she would constantly cry, my baby daddy asked for forgiveness so many time,” she said.

A few months ago, Jackie came out to address her divorce rumours after they pulled down all photos of each other from their social media accounts.

Jolene accused her ex-hubby of cheating on her.

Before they parted ways, the two had dated for three years.

‘It shall be well babe,’ Leaked last conversation between officer Kenei and his wife before he died

Unbelievable! Check out tbt photos of Kenyan Celebrities before fame

Unbelievable! Check out tbt photos of Kenyan Celebrities before fame