Pastor Anthony is a famous gospel artist and famous preacher of the Jesus Celebration Centre in Mombasa.

He has sung some great gospel hits such as Ahadi za Bwana and Mataifa Yote. Most of his hits have over 2 million views on Youtube.

According to reports, the famous pastor purchased Mireille’s estate in Samburu valued at Ksh.20 million from the prime suspect in the case of her disappearance Lucy Waithera. 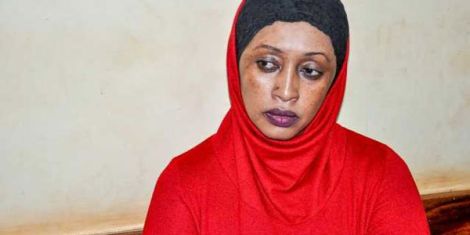 It is alleged that Waithera faked a death certificate and initiated a property inheritance process. Detectives believe that Mireille was murdered but her body is yet to be recovered. The earlier indication that she had fallen sick and taken to hospital before she died and was cremated was debunked after detectives established that this was a false account in a move to cover up her deeds.

Waithera is expected to face murder charges before the High Court in Milimani after she recanted her previous statement and indicated that the deceased had traveled to India and died there while on treatment.

Where Is Mireille? Police to charge a Kenyan woman over missing Belgian national.Belgian Dysseleer Mireille Lesoipa missing since early 2019. Lucy Njuguna arrested as key suspect in the disappearance She allegedly forged a will & death certificate and leased property#JKLive

Here are some photos of the Pastor.

Who Says I Want to Look Slimmer? Betty Kyallo Addresses Comments on Her Weight

Who Says I Want to Look Slimmer? Betty Kyallo Addresses Comments on Her Weight