The group which is made up of Mejja, Madtraxx and Kid Kora were so full of energy and their dirty performance counts as a major take out from the event.

Kansoul performed alongside other Genge music groups Ochungulo family, Boondocks gang, Sailors, Ethic and this was such a dope line up to keep the night alive.

Other artists that graced the stage and caught everyones attention include Nviiri and Bensoul.

Kansoul have always been known for their dirty performances but were also pretty keen on coded language in their music.

The rise of the Genge tone music generation have seen them blow and this past concert was a perfect opportunity for them to ride on to the raunchy wave.

Their performance was in line to the expectations of many and this was summed up with a grand performance by Jamaican Star Konshens.

Most fans have questioned whether Konshens came with his own dancers from Jamaica with the knowledge of their wild dancing culture. 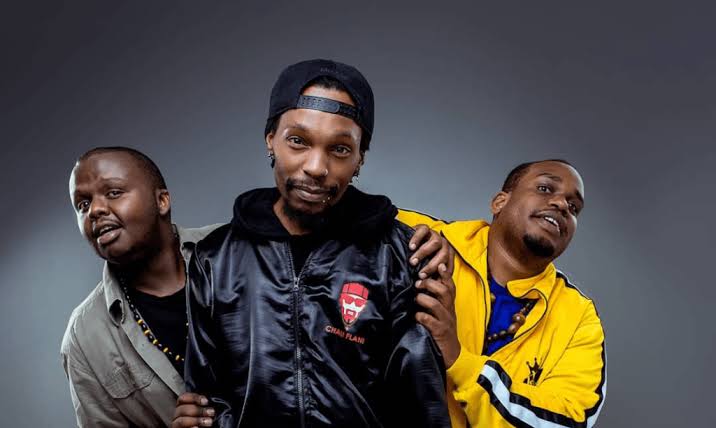 Have a look at Kansoul’s performance.

Although some would say it was such an eventful night, others expressed mixed reactions suggesting that the dance styles during the performance were inappropriate.

Have a look at some of the reactions

I dont like the way he made her kneel back…..upuzi…!