Road accidents have taken some of the best celebrities and public figures. However, some were able to pull through and survive the ordeal.

However most celebs have been able to survive the ordeal but have to spend a lot of money to fix their high end automobiles.

Here are some of these celebrities who’ve felt that ‘pinch’:

Radio Presenter and comedian,Phelix Odiwuor alias Jalang’o was involved in a road accident along Ngong Road, Nairobi county. His posh car,Merceded CLS 600 was hit on the driver’s side by a police vehicle. He got out unhurt.

Radio Jambo presenter Massawe Japanni was involved in a road accident after a matatu rammed into her vehicle.Japanni, who drives a Nissan X trail, escaped unhurt after the matatu rammed while on her way to work.

Bongo singer Otile Brown was in shock on Wednesday,November 20th after hitting several people on a pavement,in Yaya while driving in his Mercedes Benz AMG E63. 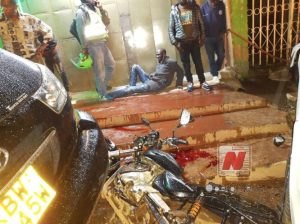 This is not his first accident.In May 2018 he was involved in another accident when he hit a boda-boda rider while driving in his Toyota Mark X. 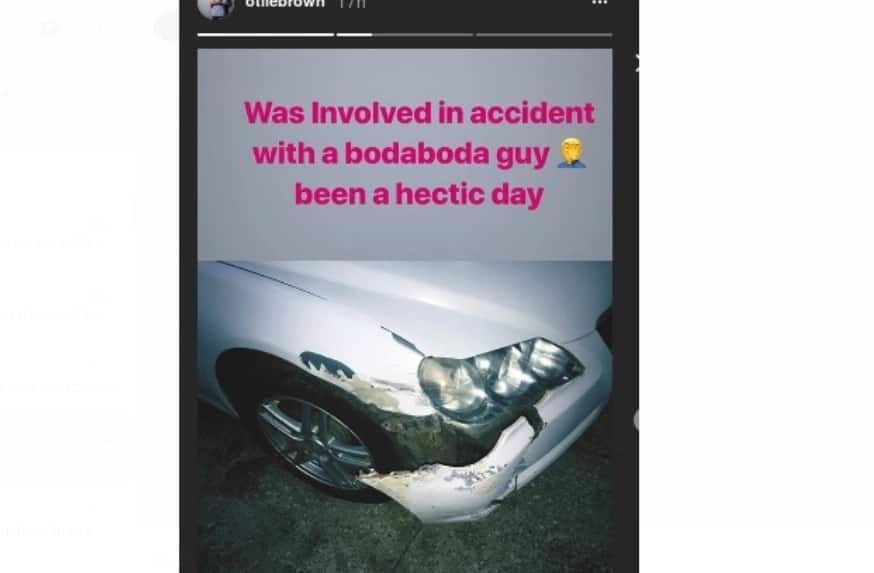 He has escaped unhurt in both accidents.

Samuel Muchoki alias Samidoh involved in a car accident as he was travelling to Nyahururu. This happened a day after he had performed at the Mugithi Festival.His Toyota was damaged after hitting a wall.

Am get involved in accident bu am thanks God am alive. Praise God🙏🙏🙏