Kenyan Children Who Broke the Internet in 2019

Kenyans on social media were for the better part of Sunday amazed by the shocking contents of a video uploaded by a pupil at Consolata School in Nairobi.

In screenshots making rounds on social media, the said Nikita’s father said he has reached out to Consolata School and his has also talked to his daughter.

The internet has been a good place for youngins over the past few days. Some Kenyan children have rocked our social media platforms with funny vines and videos and Kenyans seemed to be very receptive about it. Below are some kids who broke the internet:

A class four pupil from Consolata posted on his Instagram account, captured him hurling obscenities at a classmate whom he claimed had spread rumours about him being gay. Many Netizens said the young boy needed help and advised the parents to take him through counselling.

The 13-year-old boy hurled insults at a girl only identified as Nikita. The video drew a number of reactions online and many sympathized with him saying he needs to be guided on a number of issues.

A video of a small boy purportedly narrating how an event was lit went viral on Facebook and was widely shared across the social platform. The boy was unlucky when he went to a Birthday Party where they chased him since he was not clean like the invited kids. But of course in a typical birthday, he saw Juice, Mathwiti and makeki (juice, sweets and cakes) which he narrated so well as his uncle filmed.

A young girl became the centre of attention on Facebook after a video of her singing along to a popular Gikuyu song emerged. In the viral 1-minute video, the girl dressed in pink is seen singing and dancing passionately to Jose Gatutura’s song called ‘Tuirio Twega’ which loosely translates to ‘good food’.

What excited Kenyan social media users more was the young girl’s mastery of the song’s lyrics despite the fact that the content of the song seems not to match with her age.

The American RnB sensation Alicia Keys posted a video of the girl singing and captioned it â€œLook at this beautiful soul!! SHINE!!!!”

Ever since her video went viral, Amani has been the talk of town and local musician Vivian went ahead to record a song with her.

Street boy John Thuo approached a vehicle only to meet a woman carrying an oxygen tank heading to hospital, and after hearing the story of Gladys Kamande, he cried uncontrollably, prayed for her, and gave her the little money he had collected that day. 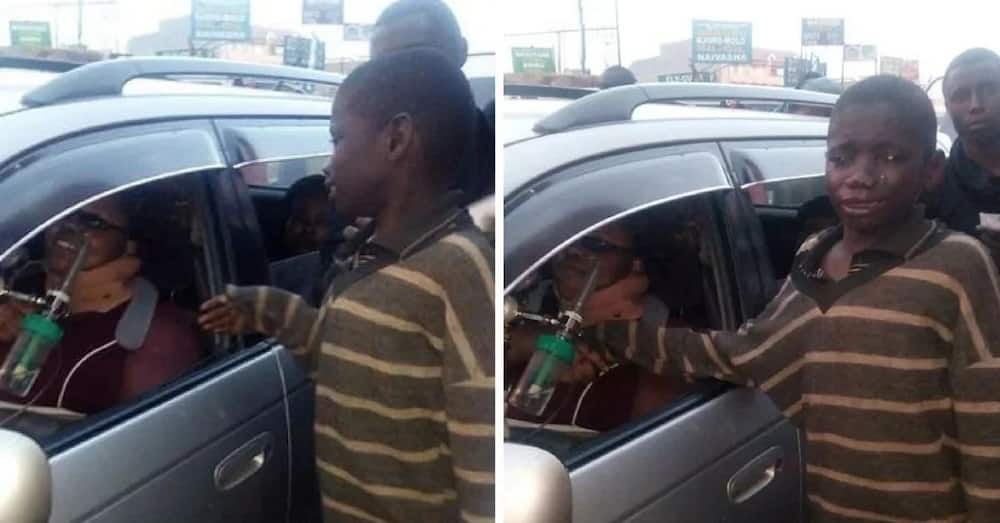 This story trended and got thousands of shares, and ultimately, Thuo’s kind gesture earned him a home after well wishers found him a children’s home.

Mbigijii imekulwa na ndogii is the new word on the streets termed by a kid from Meru who set the inetrnet on fire. According to Ochungulo family the song is a way to Celebrate the kid.

“Her accent and voice is wonderful and she deserves recognition at her young age so that her future is reserved in Kenya’s archives.” They said in their statement.

Ochungulo Family is one of the groups that make music out of anything and they believe that they can create a big impact on Kenya’s entertainment industry.