This comes after Americans faulted KDF over their action during an attack at Camp Simba in Manda Bay which happened on January; resulting in the death of three Americans.

According to a publication by the New York Times, Kenyan soldiers hid in the grass during the attack at the base.

“Many of the local Kenyan forces, assigned to defend the base, hid in the grass while other American troops and support staff were corralled into tents, with little protection, to wait out the battle,” reads part of NYT publications

Angered Kenyans believe that the report is biased and intentionally suggests that the KDF soldiers behave in a cowardly manner. 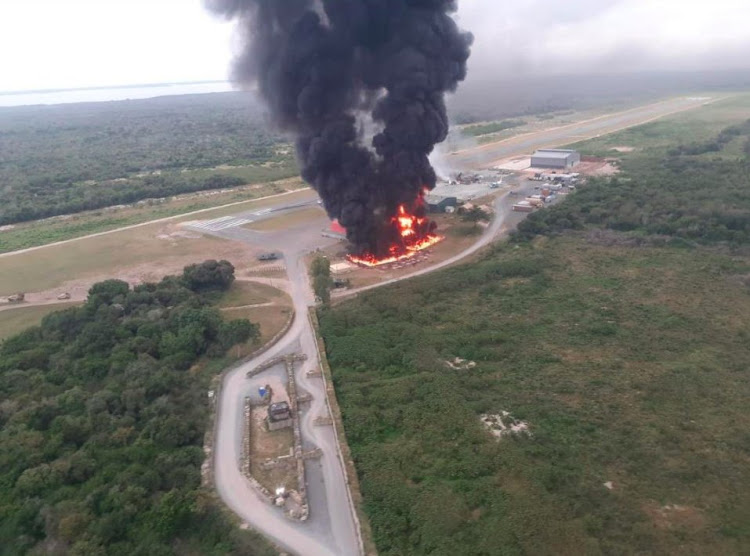 Part of the publication also implies that the Kenyan workers at the camp might have aided the terrorists in the attack.

“Investigators are looking at the possibility the attackers had help from Kenyan staff on the base. The performance of the Kenyan security forces during and after the battle frustrated American officials,”the article indicates.

In response to this report, Kenyans have defended the KDF soldiers claiming that the publication was a strategy by Americans to undermine Kenyan soldiers.

Check out some of the reactions from Kenyans

Oscar Kirada America pulled out of Somalia some years back, its only KDF that has managed to enter Somalia and take over some towns e.g. Kisimayu. Mind you we dont have long range missiles but actual boots on the ground.

John Muthamia The New York Times must, as usual, have got it wrong on this one. In any case, American soldiers cannot have fought a more dedicated battle that did the gallant KDF in this unfortunate attack.

Vincent Obondi Nyakundi What a shame. From looting at westgate to hiding in the grass. It’s a litany of misdeeds. During national holidays, how they display their readiness to defend motherland. Never will I believe those lies again.

Eunice Kariuki I salute our forces. KDF wasn’t deployed to look out for the welfare of Americans, nonsense. If it was the other way around Americans couldn’t care less if Kenyans died.
Jossi Tinga On the contrary, Kenyan troops were better prepared for the ambush considering there were no local casualties. Also, they successfully repulsed the attack
Charles Kituva They have families to take care of, they can’t afford to die young.
@nytimes as several cases of racism and discrimination. What they wrote about Kenyans soldiers is pure racism.referring our KDF as local forces.#sometellnewyorktimes Kenya has fighting al shaaba for decades and Has reduced the terrorist crimes in Kenya #WajingaNyinyi
ShareTweetShare
Previous Post

Mbosso’s Fan Dies After Singer Attempted To Save His Life

Mbosso’s Fan Dies After Singer Attempted To Save His Life