Would you ever pay to hug or take a selfie with your favorite celebrity?

Some Kenyan celebrities are charging their fans for meetups, selfies, and hugs but Kibaki’s grandson Sean Andrew is against this move.

On his instastory, Sean reveals that he was not impressed by the fact that some celebrities demand pay and warn fans who cannot afford their rates not to bother them.

He learnt about this after coming across the post with charges on several public figures’ social media accounts. 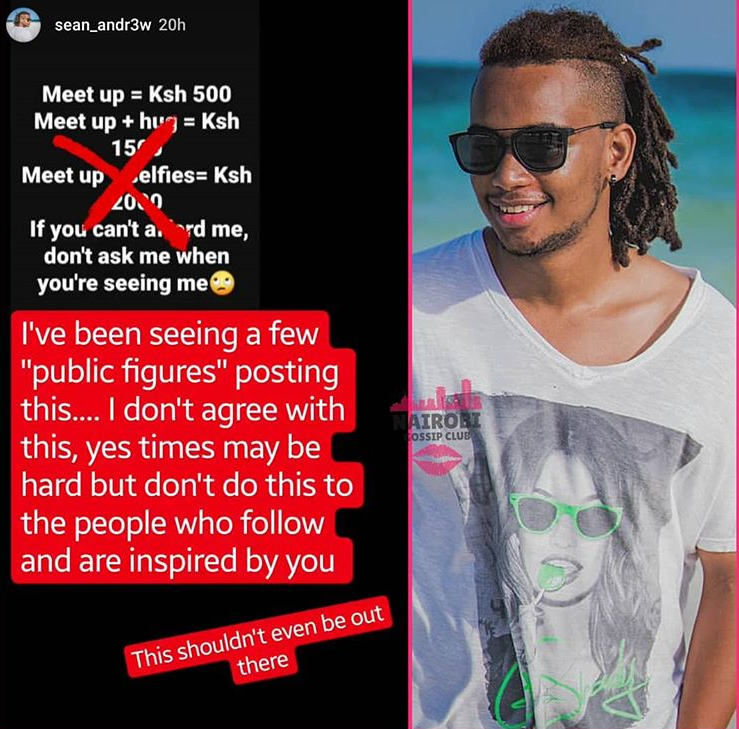 According to Sean, it is very wrong for celebrities to charge their fans who have been supporting them.

“I’ve been seeing a few public figures posting this… I do not agree with this, yes times may be hard but don’t do this to people who follow you and are inspired by you.  This shouldn’t even be out there” he wrote

The statement by the vocal celebrity has sparked a huge debate and Kenyans agree with him saying that they will never pay to meet any Kenyan celebrity. 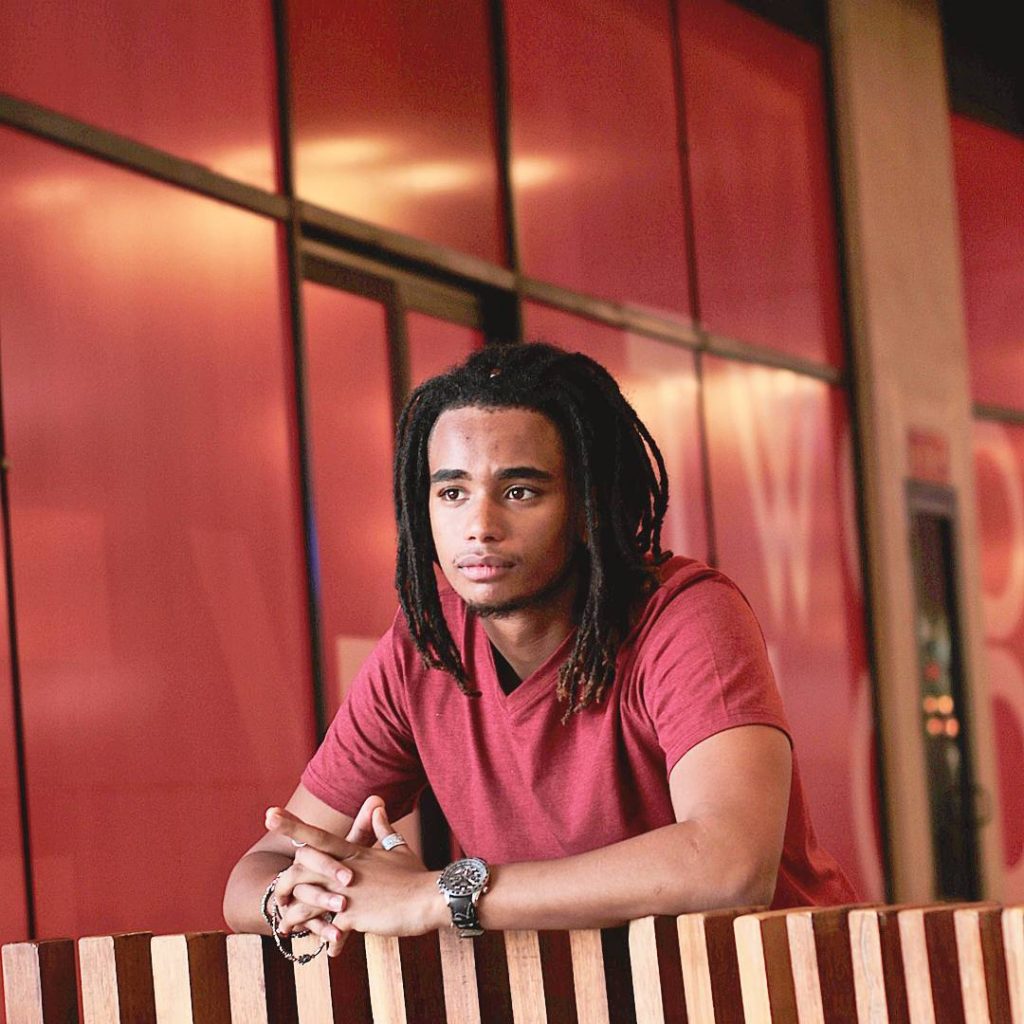 In a recent incident, a Kenyan YouTuber Joan Munyi famously known as Yummy Mummy revealed that she would charge people to attend her baby shower.

Although this move angered social media users, she explained that the money would serve as a contribution to food and drinks during the event.

“What people are paying for is just the way you go to an ordinary baby shower and contribute money for food and drinks. Actually, the money which you are contributing is going towards your food and drinks of the day coz I don’t want you to come and then now I cannot afford to feed you,”  she stated

brazochemngorem_80Noooo why woukd I pay to see them and I can just meet up with them in clubs…. In Westlands

lex.liamEven for free I don’t have time to meet anybody

makukibsI would rather pose with a locust