Maziwa ya Nyayo! Kenyans Share What They Will Remember About Moi

The passing of Former president Daniel Arap Moi on Tuesday morning at Nairobi hospital has pushed the country into a nostalgic mood.

Moi was the second president of the Republic of Kenya and ruled the country for 24 years. He is remembered for a number of great things as well as not so great things. While he pushed the independence agenda and fastened infrastructure growth in the country, he also did wrong.

One of the things he is remembered and praised for most is his milk labelled ‘maziwa ya Nyayo’ which was given for free to primary school-going children countrywide. He was a big promoter of education and made improvements on schools often , including buying buses and building dormitories.

Wambui Wanyutu said, “Maziwa ya nyayo, he bought us a school bus in Primary school(Sacred Heart Kyeni)I cant forget how we used to entertain him on the road akiwa anapitia.”

“Free milk every government primary schools, very powerful president who can fire any government officials alongside the road,the only President who was keenly touring every corner of the country, interacting with local and school children’s economy was stable,Rip mzee Daniel toroitich arap moi,” David Mutia added.

National holiday celebrations were also a big deal around the country.

“Every jamhuri day during his rule.we would see him on tv on his favourite landrover entering the stadium with the mc signing makofi kwa baba wa taifa,” Sherman Sting reminisced. 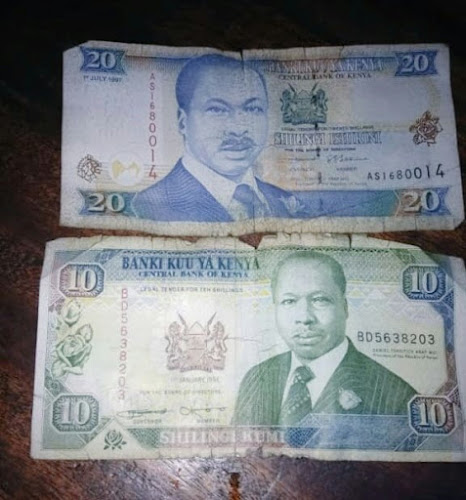 Here are more things Kenyans remember him by.

Mwangi Mwangi I remember and am thankful to have greeted him with my ✋ while still a small kid on a tour around my home.I also remember how he used to fight mmonyonyoko wa udongo and building gabions

Emily Ruittah By the way 🤔most of the times he travelled by road and used chopper on his return journey. He knew almost all the chiefs(maybe he had a memory card) this mzee never missed church services… Every news started by… ‘mtukufu rais Daniel Arap Moi’…

Lameck Nyaberi “Saitoti you’re my friend yes but friendship does not mean you qualify to lead the country “2001 memories.

Mark Wekesa Milk every Tuesday and Friday in primary school

Maina Zeddy Safari Rallies during his tenure were epic. We really enjoyed when I was 3 years old.

Emily Ruittah ‘buy Kenya build Kenya..’during his days we had many commodities made in Kenya unlike today we are importing every thing including air.

Franq Buddash A father of many. A husband to a silent one woman. A mentor of many. A tactician of politics. He was in power for 24years. A dictator with a drive. A true herbs man

Mosty Jayz Omar Under Moi, Kenya once survived 10yrs of self dependence. No foreign aid unlike now where the country is sunk with debt.

Husband to a silent one woman! Kenyans Share What They Will Remember About Moi

Husband to a silent one woman! Kenyans Share What They Will Remember About Moi