Award-winning  Radio Citizen presenter, Willy M Tuva alias Mzazi has taken fans by surprise after sharing a throwback photo of him when he was an artist.

Tuva is known for his longtime mentoring, nurturing and promoting local artists took the advantage of Thursday to share his humble beginning.

The photo which was shared on Instagram showed Tuva who looked like a village boy showcasing his talent as a painter.

Accompanying it with a long caption,Mzazi Tuva revealed that, he earned his first cash using his painting talent.

The renown radio host went on to thank God for the far he has come career-wise. 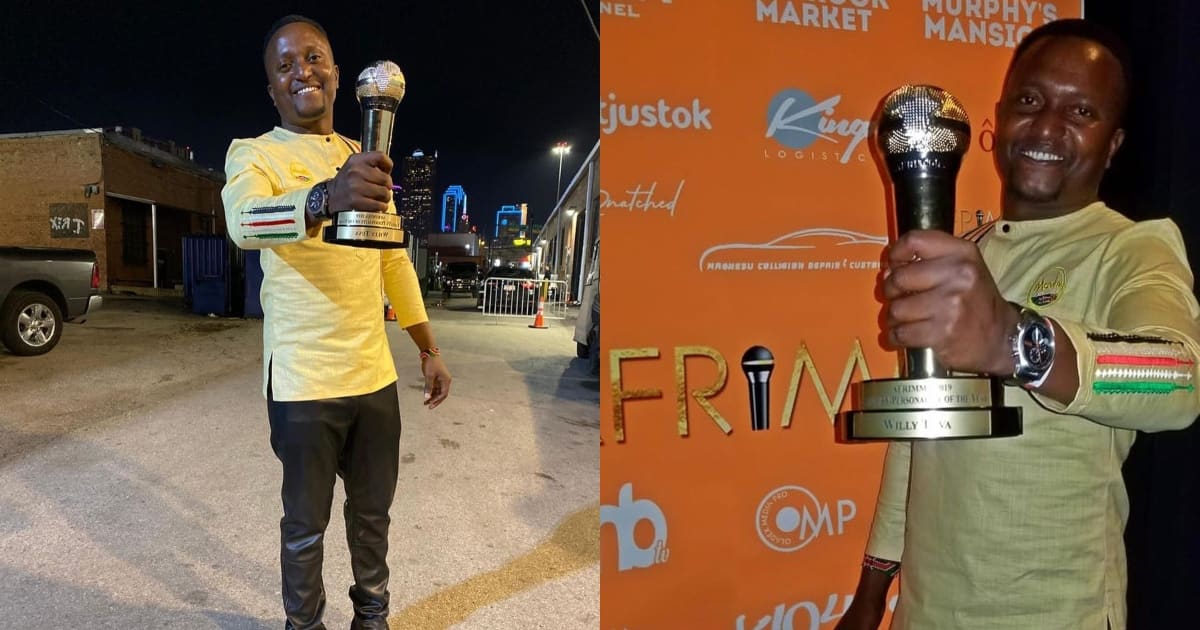 Tuva was recognized as Africa’s best radio and TV presenter during AFRIMMA 2019.

Taking to social media to thank his fans after the win, Tuva who also recently won ‘Best Promoter Of Talent’ at the ‘Diaspora Entertainment Awards & Recognition (DEAR)  made a new promise.

Times Diamond Has Been Accused Of Stealing Songs From Other Artists