Celebrated gospel Singer HopeKid has a new girlfriend months after being branded a ‘woman eater’ by his ex following his sex saga.

The “Testimony” hitmaker introducing his new bae to the world proves that he is past STI scandal and ready to face the world, since he has been keeping low key after the sage. 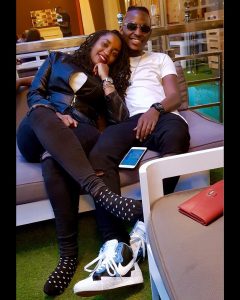 After his herpes Saga, Hopekid revealed that his life was not the same since he has been facing rejections from church to fellow gospel singers.

During past interview, the singer revealed that nowadays all the gospel artists are avoiding him because of his past a reason why he had to feature Khaligraph on his son. The dancehall singer was in the past involved with fashion blogger Yvonne Orio  but the two went separate ways after a messy breakup.

After the breakup, Orio accused Hopekid of their failed relationship branding him a ‘woman eater’.

“I am going to be straight up today. Girls if you are dating a guy, then kindly tell him how you want to run these streets of the relationship. Tell him not to engage you for social media, I mean you should get engaged one week to your wedding. Do not keep a woman waiting for five years to waste her time and energy. These engagement rings are too many on social media but they do not make it to the aisle. Some of you are chasing away the real potential husbands for these woman eaters,” she wrote.

After ‘Twa Twa’, Another Female Pastor Teaches Women How to Treat Their Men