Popular South African Pastor Alph  Lukau of Alleluia ministry has made headlines once again after news that he brought a woman back to life. According to several reports online, the woman was believed to be half-dead because she could not move, walk or talk until the man of God performed a miracle.

In the photos that have gone viral, Lukau together with a doctor are standing right beside the hospital bed where the woman was lying down. After moments of prayer, the woman sits up and appears to be in a better state than she was.

This act has caused a stir online as some claim that the man of God has become a culprit of staging miracles. One Twitter user called him out saying that the miracle nonsense has to stop.

I thought after what we’ve gone through Last year he would rest, apparently this women wouldn’t walk nor talk but @AlphLukau brought her back,but look at clothes she’s wearing not to mention her eyes as she lay there.This nonsense has to stop#Loadshedding #LiesToTellMyGrandkids pic.twitter.com/7IPHFOaTLo

Another social media user who is also a church member defended Lukau against criticism adding that he believes in miracles and resurrection.

“Yes I am. And if I may add, above that, I’m a follower of Jesus Christ and I believe in healing, miracles, signs, wonders, and resurrection of the dead” he stated

Although he is well known in South Africa, Pastor Lukau rose to fame after one of his resurrection miracles went viral in 2019. The pastor however is said to have later admitted that the man was brought alive to the church.

This confession has been used by many to discredit his miracles even though the pastor continues to have a huge following.

Check out the photos 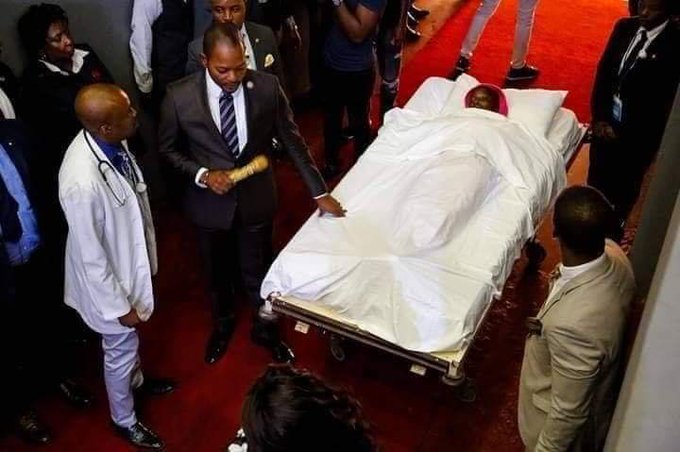 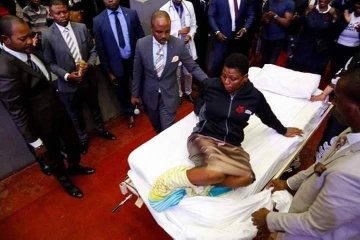 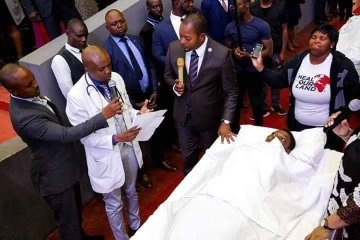