A popular vlogger Edgar Obare has claimed that he fears for his life after he was allegedly summoned by Jalango for a meeting with the DCI.

According to Edgar, he demanded to know the reason behind the meeting but Jalango ended up angry and issued him with threats. Speaking on his Instastory the vlogger said that he was tired of fearing for his safety and this is what prompted him to break the silence.

“I am sick and tired of fearing for my safety and staying quiet, yesterday Jalango calls me and asks can I come for a meeting at the DCI, I ask what it is about and he refuses to say” he wrote 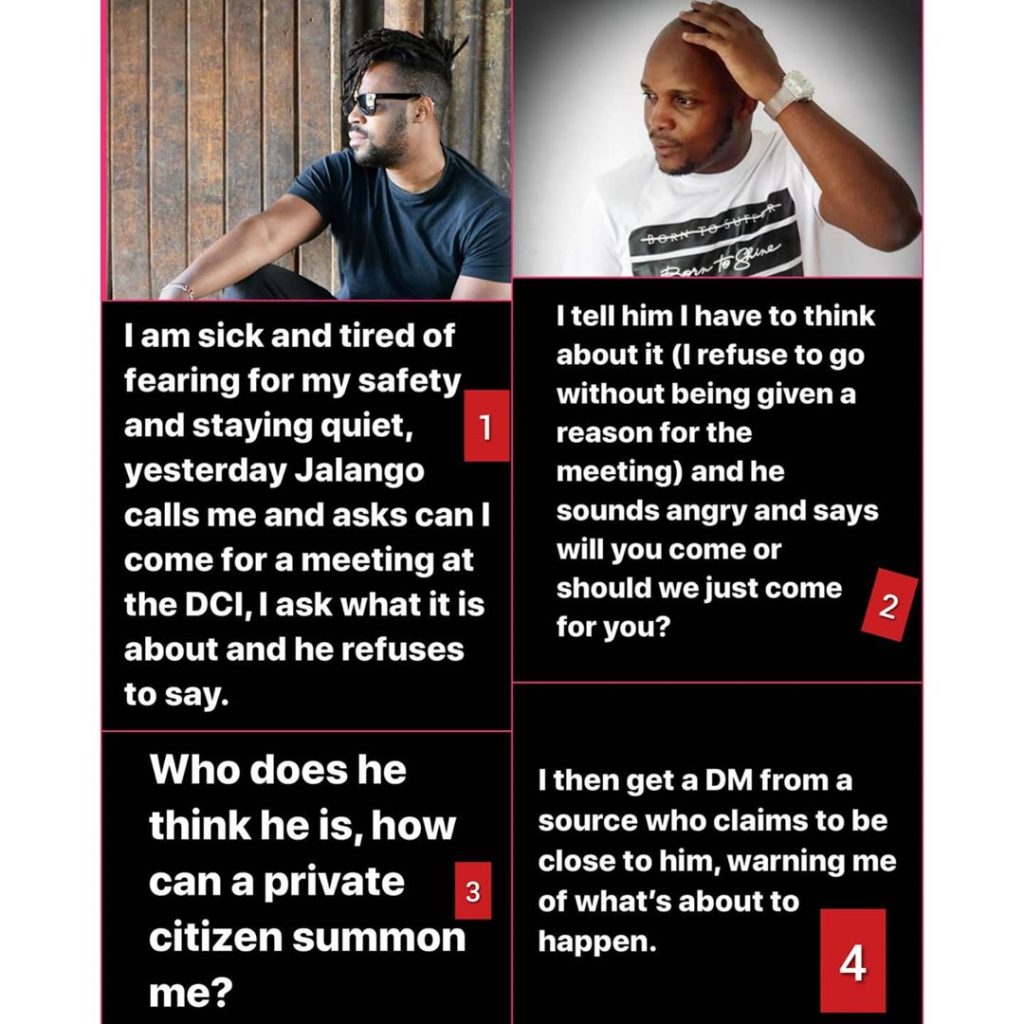 Obare also revealed that Jalango had told him that if he failed to show up for the meeting, his team would go after him. The vlogger then shared a chat with an unidentified Instagram user who tried to warn him about what Jalango and his team were planning to do to him.

According to the Instagram user, the team had been planning to arrest Obare and lock him up for two weeks without trial. The source also advised the vlogger to make peace with Jalango before things get ugly.

In response to these warnings and threats, Obare insisted that he had not done anything wrong. He, however, added that he has since gone undercover until things are calm. The vlogger who was seemingly worried also urged his fans to speak out in case anything happens to him. 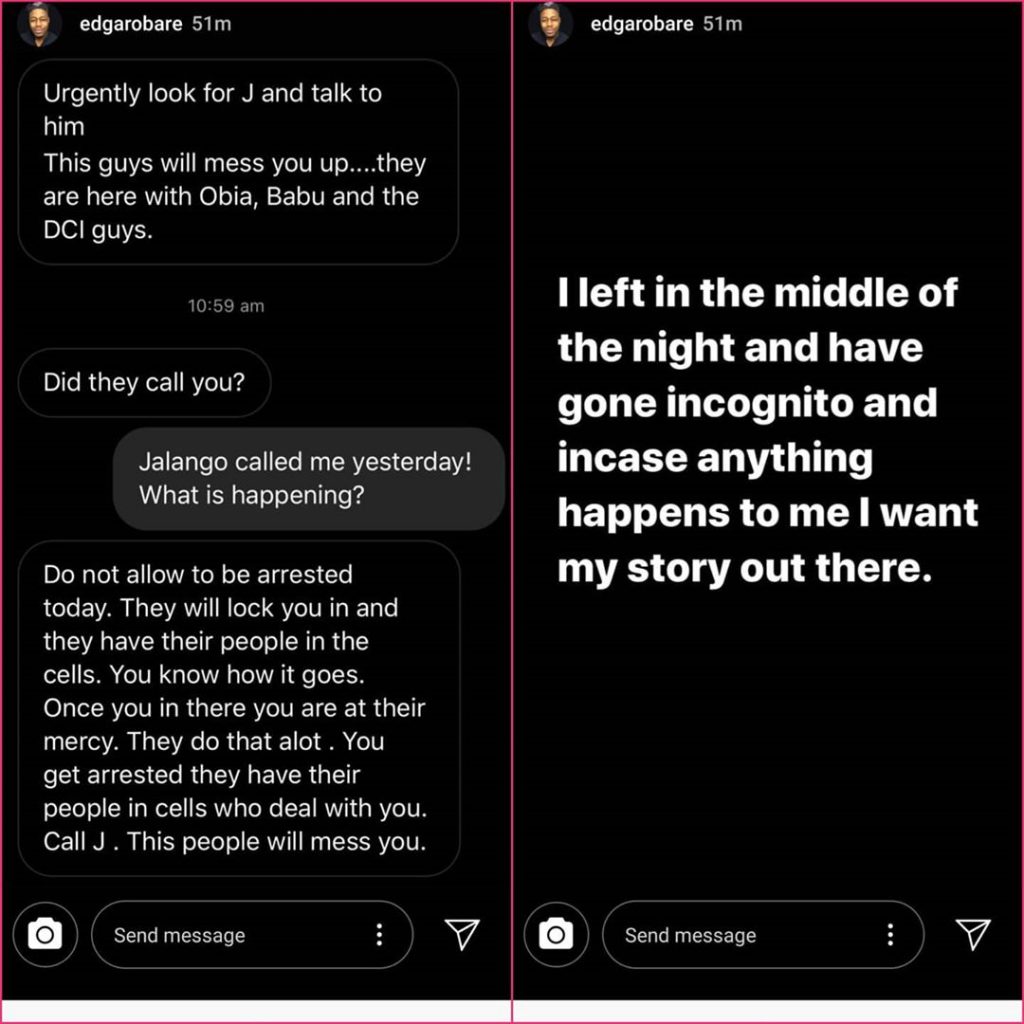 The misunderstanding between Obare and Jalango was sparked after the vlogger publicized a story about Jalango’s alleged cheating escapes.

In a previous interview, Obare revealed that he was forced to pull down the stories out of mercy and the fact that others were attempting to sue him. Even though these claims have triggered mixed reactions from Kenyans, Jalango is yet to give his response on the same.

Nandy Speaks After She Was Accused Of Stealing Millions From Tanzanians