On Sunday, Nairobi Women Representative Esther Passaris was put on blast Kenyans over the nature of her relationship with the late former President Daniel Moi.

Passaris had on Saturday revealed that her relationship with the former head of state was rather personal and she went further to give details on how Moi supported her in different instances. Speaking to Citizen Tv, Passaris revealed that Moi bought her the first phone and also supported her when she had a miscarriage.

“I got my first mobile phone from him in 1997. In 1997 I was running a promotional company doing t-shirts and I got a tender to supply campaign t-shirts for the elections… It was a Motorola… really big. It looked like a walkie talkie and he said to Lukorio who worked at State House give her a mobile phone,” she said.

This confession earned her cruel comments from Kenyans who accused her of sleeping with the former president. Passaris responded to the comments by telling people to mind their business.

“Even if I were a ‘commercial sex worker’ what business is it of yours? Carry your cross and let me carry mine. No matter what I do, how I do it, you will always find fault. Why? You have a very low self esteem. Stop trying to policewomen. I am not your punching bag. #MYOB” she wrote.

Seemingly riding on the Passaris wave, Boniface Mwangi shared a photo of the Nairobi Women Representative together with Uhuru Kenyatta and Daniel Moi. 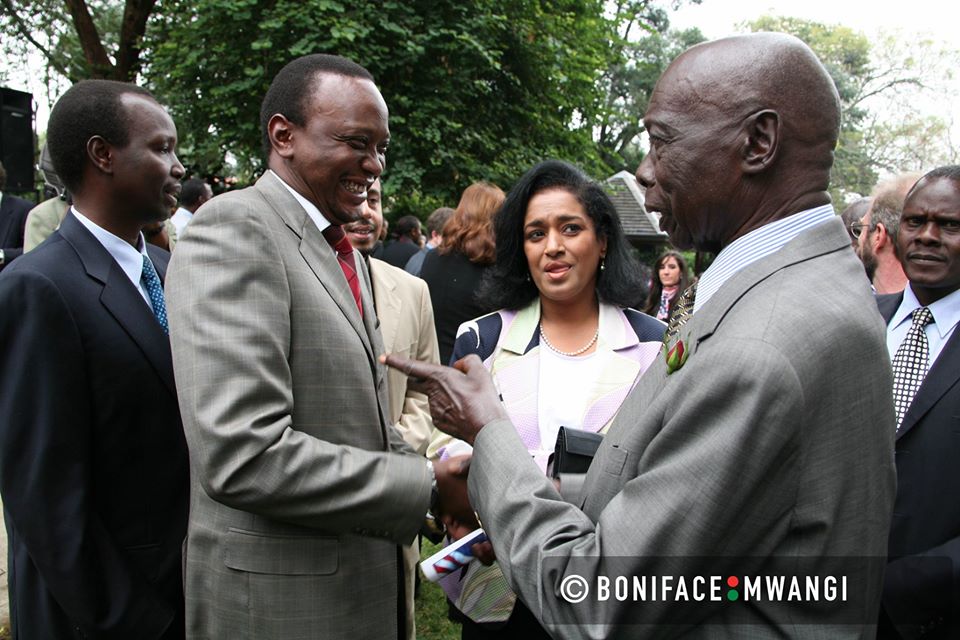 In the photo, Passaris is seemingly licking her lips while looking at the late president. A photo that has excited Kenyans who commented on her demeanour during the meeting while others were in awe because she hasn’t aged a bit since this photo was was taken.

Check out some of the reactions: