Vera Sidika recently broke the internet with a picture of her humongous a** covered in nothing but a pair of fishnets.

“Comment with an emoji 😂,” Vera teasingly wrote attracting a barrage of thirsty comments.

And one of the comments came from Kate Actress’ teenage son who goes by the name Kenyan Blueface on Instagram. 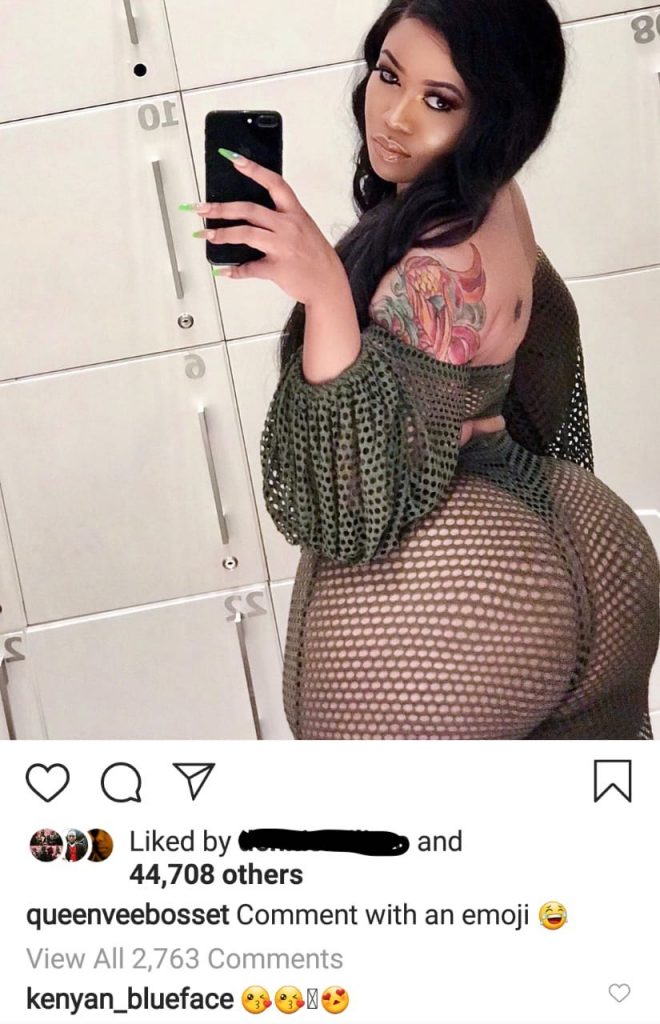 Some believe that this post by Vera was the reason why Huddah went on a tirade on Monday where she shamed women for flaunting their big behinds.

Sharing a picture of singer Lizzo who had posed just like Vera with her butt to the camera, Huddah wrote, “No body-shaming. I know I post a lot of seminude photos myself but I don’t think we should promote obesity and say that she is confident. Call a spade a spade and not a big spoon.” 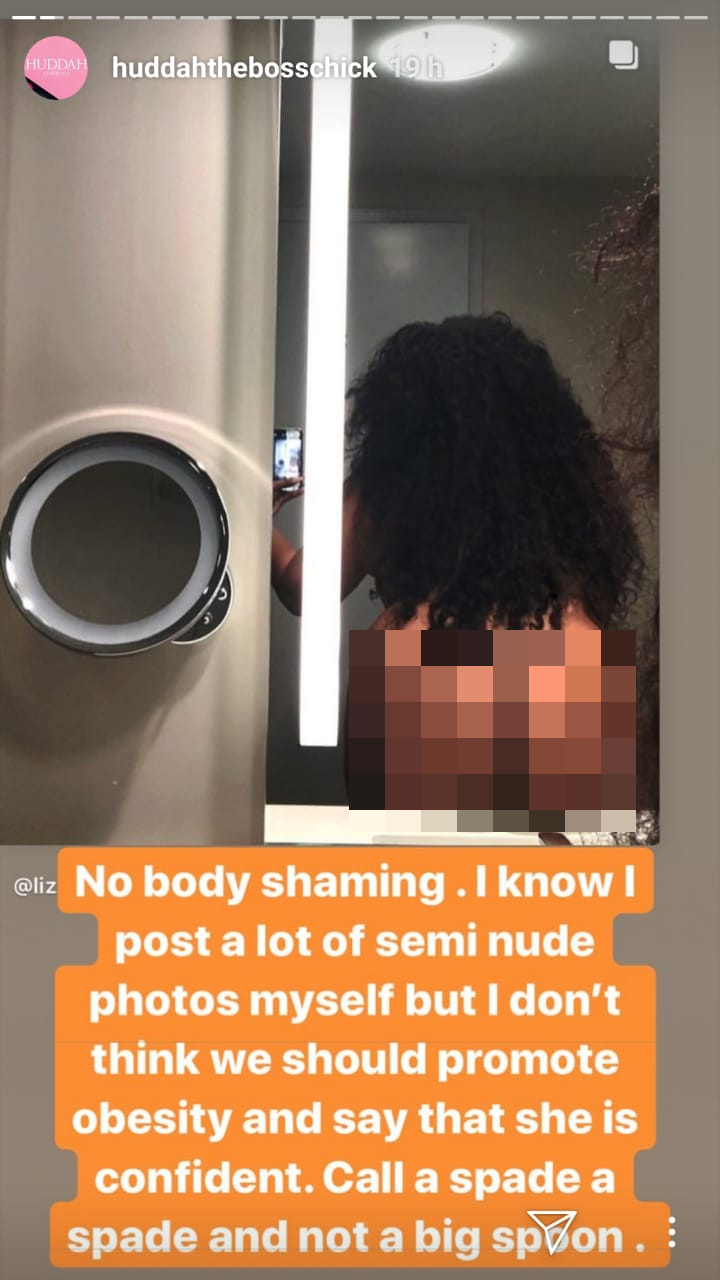 She went on to claim that people are now promoting obesity in the name of body confidence and are referring to Lizzo as thick while in actual fact, she is overweight.

“Why is it ok to shame skinny women, call them skinny, lacking meat, etc. when a fat woman is fat she can’t be called that coz that will be teemed as body shaming? Lol. They swear she is confident in her skin and call her thick. B*tch is FATTT. In capital letters. Let us stop lying to these women and promote healthy living,” she wrote.

Huddah’s latest post has been very divisive. Some people have viewed her sentiments as a way of building clout now that she is no longer as relevant as she used to be while others have called her a bully.

However, Huddah had some curt words for those who may have been offended by her post.

“If you are offended unfollow,” wrote Monroe.