Popular Tanzanian comedian Peter Mollel famously known as  Pierre liquid has finally been discharged from hospital after he recovered from coronavirus.

The funnyman narrated his experience saying that he had difficulties breathing after he contracted the virus. He later realized that exercises gave him a sense of relief and according to him, this is one of the reasons that made his recovery possible.

Pierre also revealed that he was treated well at the facility where he had been isolated and encouraged his fellow Tanzanians to seek medical attention as soon as they experience the COVID-19 symptoms.

In his earlier statement, after he was diagnosed with the virus, Pierra said that he might have contracted it from his boss who also tested positive for the virus. He also said there was a possibility that he got the virus from the bar. 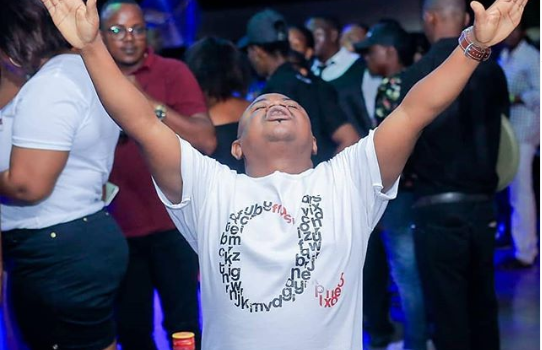 “My boss was confirmed to be COVID-19 positive. Upon receiving the confirmation, he advised me to get tested for the disease so that I get immediate treatment should I test positive for the contagion,” said Pierre.

“I went to Temeke Regional Referral Hospital in Dar es Salaam, where they confirmed that I had contracted the disease. I was, thereafter, referred to Amana Hospital,” he added.

Following his recovery, Pierra affirmed his belief in God adding that he is able to take them through the pandemic.

Apart from the comedian, other popular Tanzanian celebrities who recovered from coronavirus are Sallam SK and Mwana FA.