Tanzanian Singer Vanessa Mdee Speaks After She Was Conned

Tanzanian Singer Vanessa Mdee has today exposed a con who tricked her into spending money to purchase a product. Taking to Instagram, the singer revealed that she felt cheated after paying for furniture that has never been delivered.

According to Vanessa, the furniture store-branded; Kingdom furniture started giving her excuses whenever she asked when they will deliver her ordered items.

The East African sensation also warned her fans not to trust the brand and went further to ask them to report the page.

Vanessa also warned the scammers that they had messed with the wrong person and this will mark the end of their con games.

“Nasemaje watanzania wamekuchoka mwizi wewe leo ni mwisho wako, you messed with the wrong one ‼️” she wrote in her post

Her boyfriend Rotimi also backed her up saying that he was angered by this incident. He also advised Vanessa to report the involved.

This incident has sparked mixed reactions from her fans with some who have willingly offered to report the page. Another social media user also narrated his experience of being conned by the same individual who blocked him after he sent money 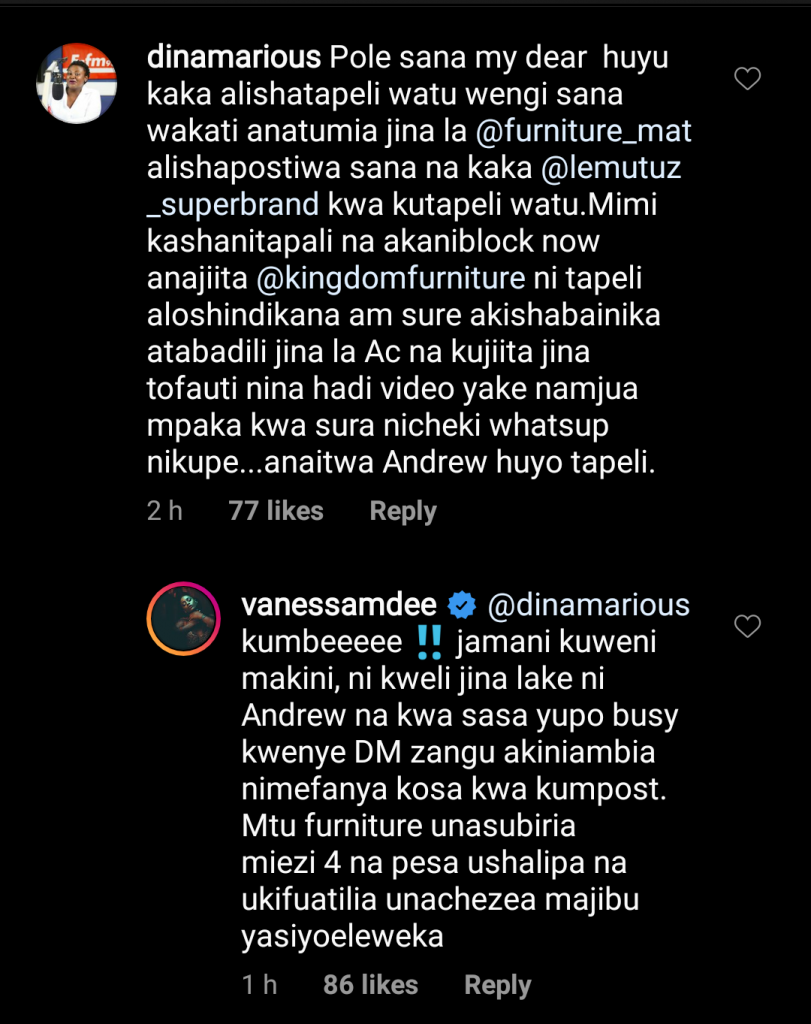 Apart from Vanessa Mdee, Akothee and other celebrities have also narrated their experience of getting conned.