Kenyan singer Avril and Naiboi have engaged in a nasty exchange after Naiboi reignited their beef with a video trashing the singer.

In the video, Naiboi had asked his fans to suggest a female artist he should work within 2020 but warned them not to mention Avril.

In response to Naiboi’s remarks, Avril fired back at the artist for clinging onto a beef for the past two years after she refused to feature in his music video ‘2 in 1’.

According to his post, the ‘Sondeka’ hitmaker made it clear that he was still disappointed that Avril did not make an appearance in his video yet she made herself available for Otile Brown who created a similar concept for his music video ‘Kenyan girl’.

Avril questioned why the artist has been holding a grudge for that long adding that she would hate being his girl. The singer went further to ask Naiboi to forget about the incident and forgive her.

“heeeeeeee just got tagged in this!! Duuude kwani nilibreak heart yako aje??Tweny tweny haitaki makasiriko za 2018, holding on for two years??!!! Gaaaaai. I’d hate to be your chic .. forgive AND forget mschew” she wrote in her post

In response to Avril’s suggestion on forgiveness, Naiboi blasted her again demanding that she should post the responses on her Instagram account. He also added that he is glad that the singer is not her girlfriend. 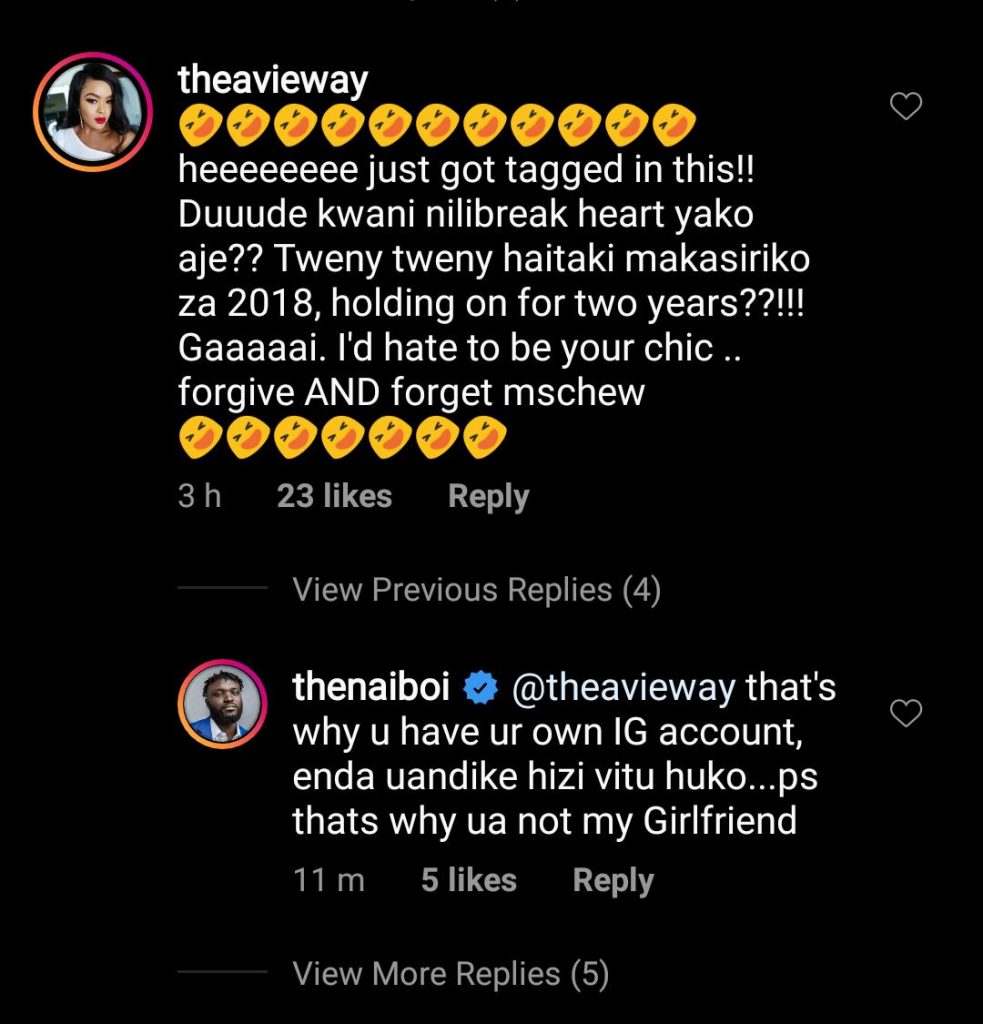 In one of Naiboi’s interview in 2018,the singer complained that  some local artistes snubbed his request to appear in the video, including Victoria Kimani and Avril.

This is not the first time he has publicly shamed Avril and some fans believe that he has not moved on from the incident.

This exchange between the two artists triggered reactions from fans as well as other celebrities. Avril was forced to clap back at one fan who mocked her saying he thought Avril is a stripper.