African Pastors are known for their controversial preachings worldwide. Here are some of the craziest things pastors have said about sex.

In a sermon that has gone viral titled ‘Godly woman Godly marriage,’ a popular pastor advises married couples to spice things up in their sex life.

“Sex is the only game that God created, all the others are man-made,” she said

Unlike other games like football and volleyball, the pastor believes that sex is one of the games that the married can engage in at any time and almost everywhere.

Check out the video below: 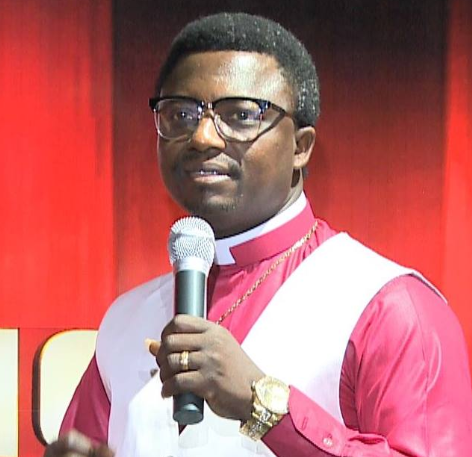 Founder and Leader of Ghanaian church, Ebenezer Miracle and Worship Centre, Prophet Opambour aka Prophet 1, says that men with a big penis that use it so satisfy several women may not make heaven.

Sex-addicted prophet of God, Nicholas Osei, aka Kumchacha, a Nigerian man of the cloth revealed that he is not a one-minute man on bed matters.

“I have 35 s3x styles; so you can’t be my wife and be saying you’re tired of having s3x; no matter how tired you are; you must avail yourself to me anytime l want it.”

The founder and leader of the Heaven’s Gate Ministries, earlier in the year revealed what s*x position is the sweetest in the bedroom.

According to Kumchacha, any man who has not enjoyed the ‘girl on top’ s*x position, or the ‘cowgirl’, has no idea what sweetness is in this world.

“If your wife has never chopped you in the ‘Cowgirl’ Position then You’re Not Enjoying Life, ” said Prophet Kumchacha

Kumchacha also said that aside from being in heaven, s*x is the second sweetest thing in the universe.

“You suckle for three weeks and when she asks for a car you will go buy it. Yet you suckled your mother for three years but cannot buy her anything.”

He added, “You meet some men whose eyes look like they are popping out because of suckling too much on breasts that cannot produce milk. That is why even if I was being chased by an animal I cannot go to a club.”

“Nairobi women can milk you dry like an auctioneer who is claiming his property so men learn to love your mothers. Women nowadays drink more than their fathers,” he concluded.

Pastor JJ said that a smelly vagina and dirty panties are some of the reasons why many husbands leave their beautiful wives for prostitutes or mpango wa kando’s.

“Most marriages end up in divorce because a good number of women are not aware of how to keep their genitalia clean and fresh,” he was quoted saying.

“The woman’s genitals are like a river that cleans itself. Myths that applying mango and orange juices or yogurt in the vagina to make them clean are false,” he added.

Pastor Jacinta confessed that her attraction to women made her want to become a sister and she enrolled in a missionary programme in Machakos, only to drop out after a pastor sexually assaulted her.

She has been in a relationship with another woman for a year and revealed that she plays the ‘man’ in the relationship.

“Mimi ndio mume, mimi ndio kusema. We kiss each other and make love just like any other couple in a relationship do.” She said.

Controversial Kenyan pastor Robert Burale is known for his controversial preachings. In the past, he is remembered for advising ladies to stay away from men who only ask for sex.

“If the man only calls you and speaks with bass after 10 pm there is a problem,” he added. Burale also cautioned ladies against staying with men who are obsessed with bedroom matters.

“If she only calls you and sounds nice and sexy on the phone before she goes to the salon then there is a problem,” he said.