The burial service has attracted thousands of Kenyans and foreign dignitaries led by President Uhuru Kenyatta.

President Uhuru arrived at 10 am at Kabarak University for the burial of the late, retired president Daniel Arap Moi.

Kabarak University is packed with tens of thousands of other Kenyans who have come to pay their final respect to Mzee Moi.

Dressed in a black suit, DP Ruto was accompanied by his wife Rachel. 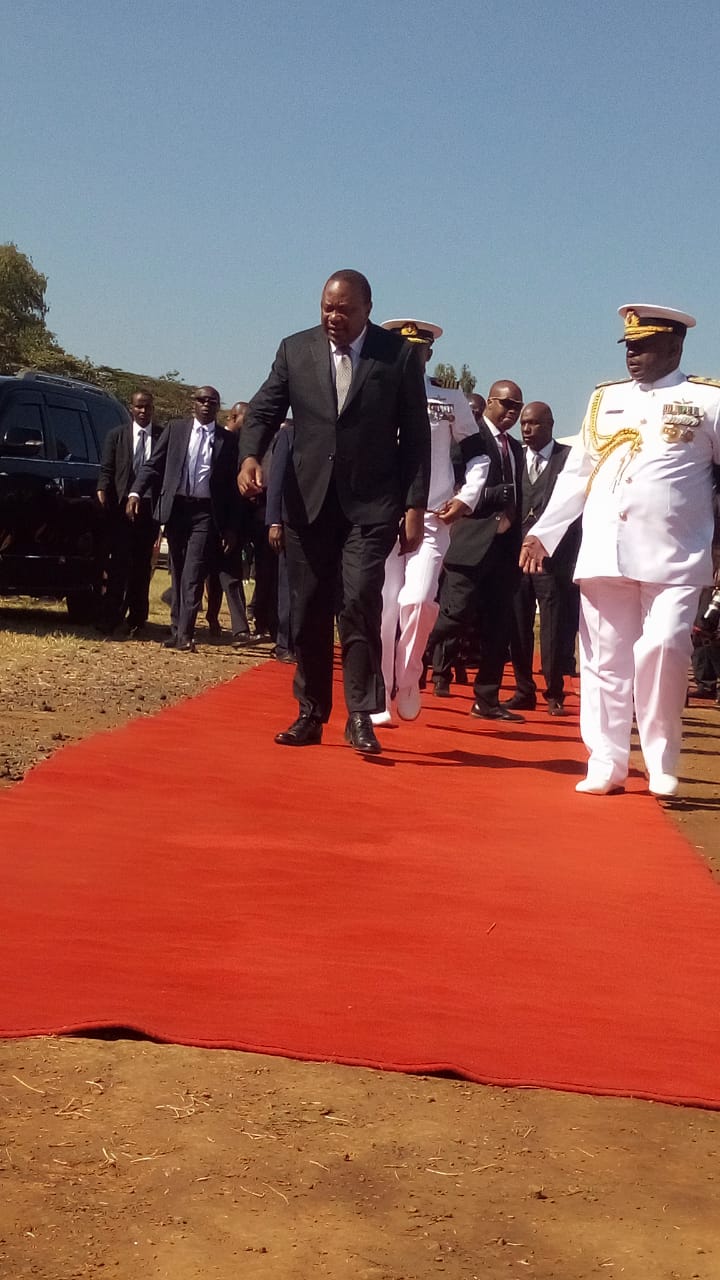 Former Prime Minister, Raila Odinga was accompanied by his elder brother,  however, his arrival was shortly disrupted with scuffle as security official attempts to block Oburu Odinga from accessing main Dias at Moi’s burial ceremony.

A funeral service was held at the Nyayo International Stadium on Tuesday which was attended by seven heads of state including several dignitaries.

Moi will be buried at his Kabarak home next to his wife Lena.

Not only the dignitaries, but thousands of Kenyans also traveled miles to witness the burial of Mzee Moi at his home in Kabarak. Some members of the public have been arriving from as early as midnight, others 3 AM.

Here is how President Uhuru and other dignitaries arrived at Mzee Moi’s burial service.