Kenyan female police officers’ undeniable beauty has forced the hand of the law they work to enforce to make further changes.

Through a circular, the Deputy Inspector-General of Police Edward Mbugua has raised concern over policewomen spotting flashy and colourful hairdos while in uniform, terming it as a violation of the Kenya Police dress code. Hence, he directed that female officer get rid of the overdone flashy hairstyles by January 1, 2020.

This coincides with the changes in police uniforms.

Here are some of the prettiest and most publicized police officers in Kenya today who’s flashy hairstyles will be affected with the new rule. 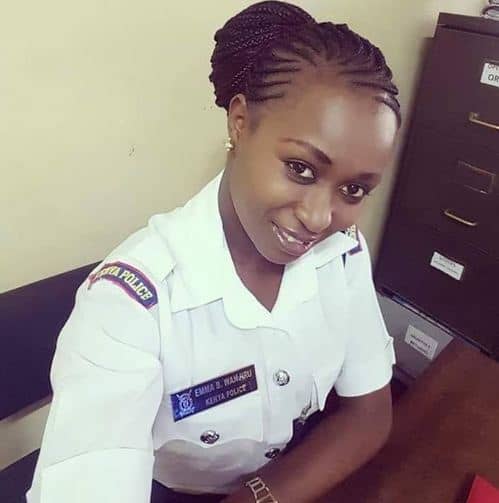