Popular Youtuber Yummy Mummy, real name Joan Obwaka, has come out to reveal the struggles she goes through while breastfeeding after giving birth through a C-section.

Taking to her Instagram page which is followed by 106,000 fans, the mother of three wrote, “Breastfeeding while recovering from a C-section is so excruciating sometimes.”

She revealed that the pain medication helps but not enough.

“The pain can make you cry,” she continued.

“As you breastfeed, hormones are released that cause your uterus to contract… so your nipples are sore, your stitches are being stretched inside and outside as you cramp and your tummy is so tender but you still gotta support the baby,” she revealed.

Wow! The strength of a woman. She also showed fans all the medication she has to down every day to heal from the surgery.

She then went on to rebuke all those people who mock the pain of C-section mothers and say they don’t know real pain. 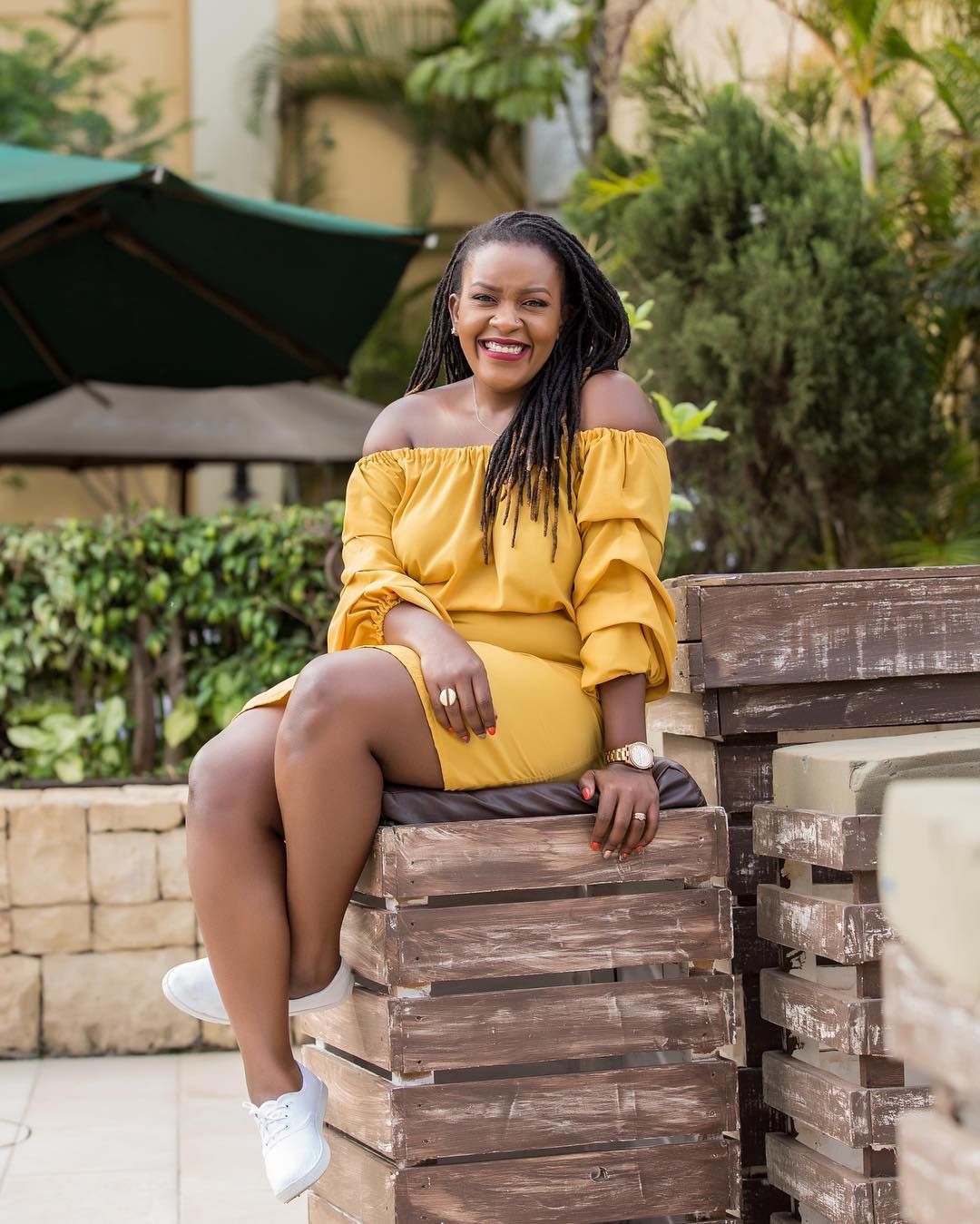 “This is the realest pain a woman can feel. Don’t diminish it just because the baby didn’t pop out the vag,” she said.

This comes a few days after a successful C-section where she gave birth to her last born Mutana Njoki Munyi. She was born 3.04 Kg’s.

Check out her posts below: 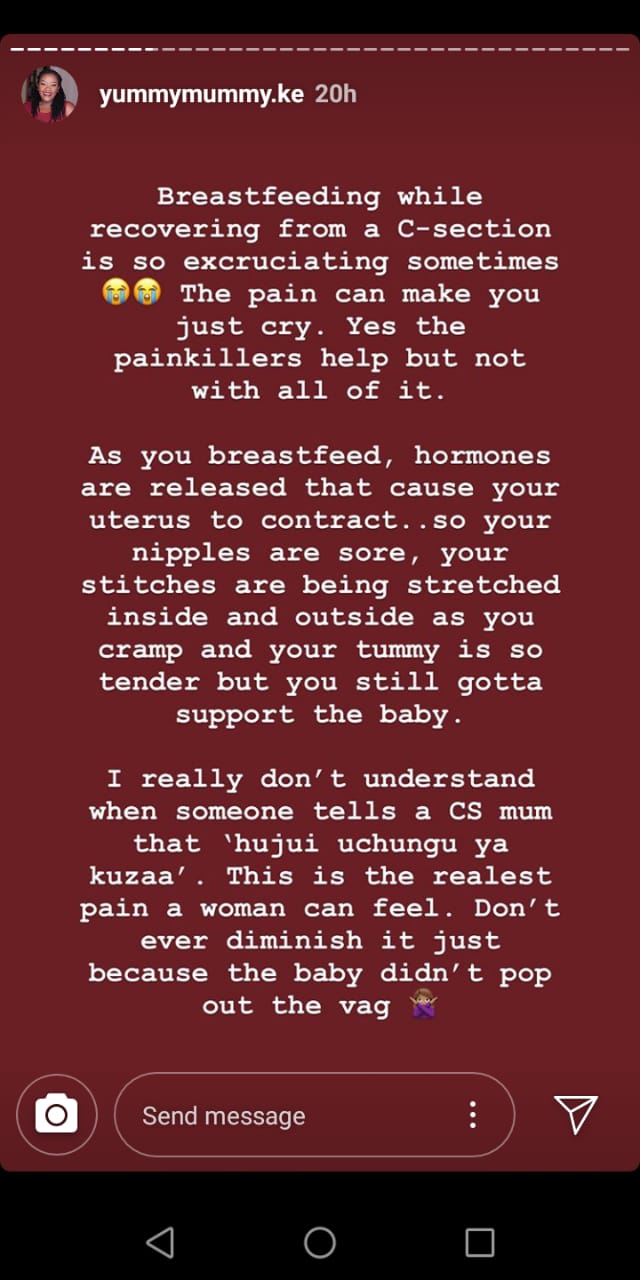 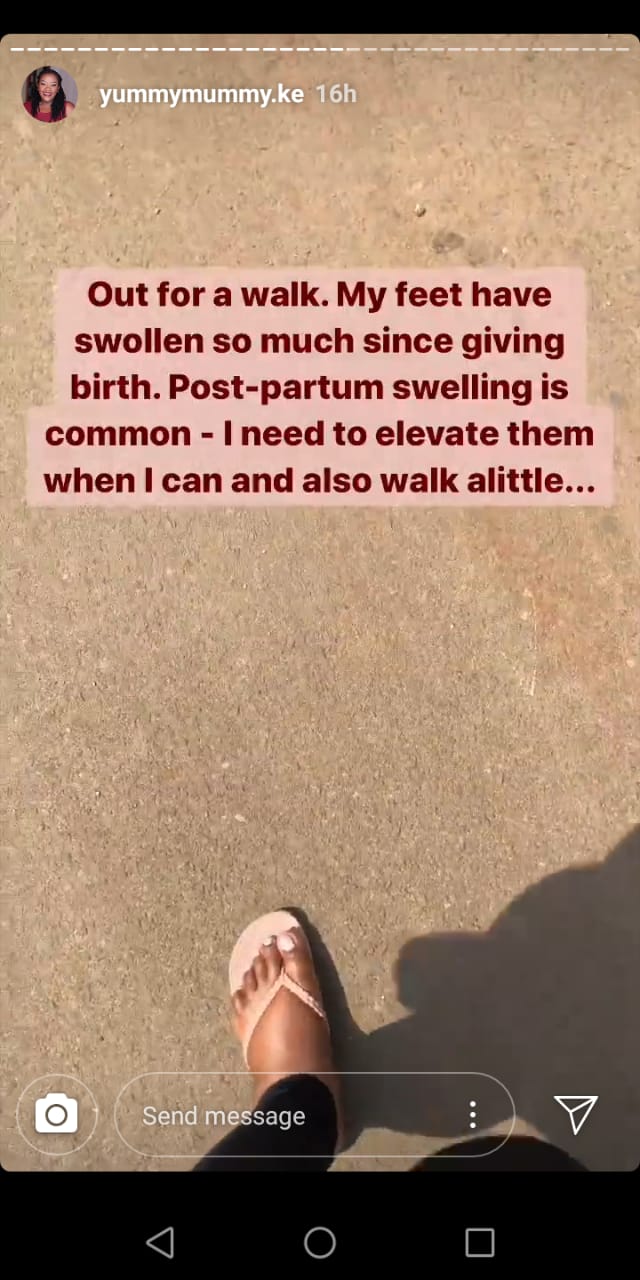 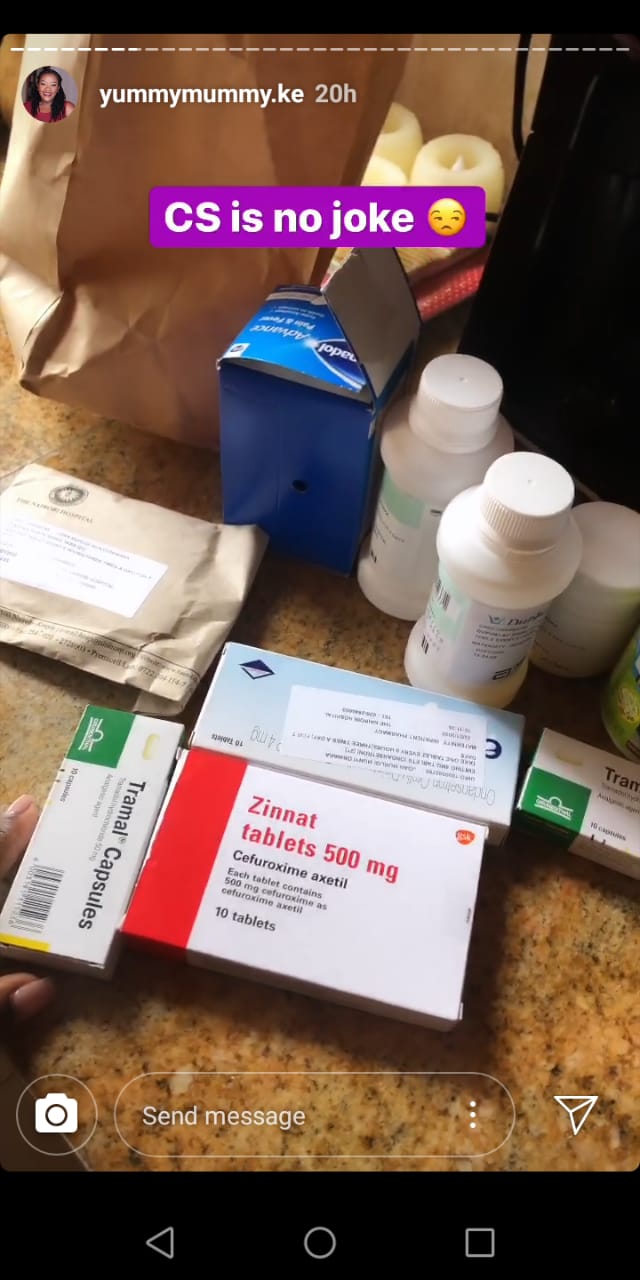